Nairobi - The Sixth Tokyo International Conference on African Development (TICAD VI) Summit kicked off on Saturday in Nairobi, with the participation of Morocco. 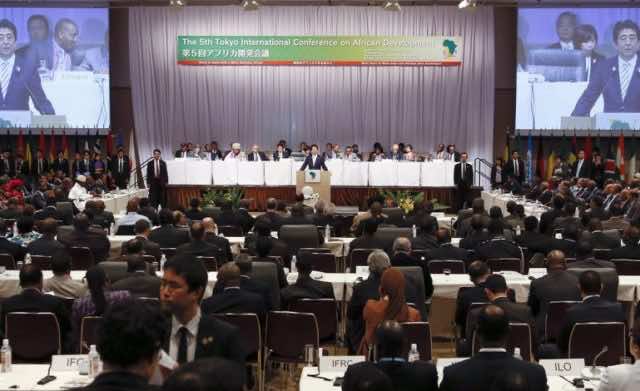 Nairobi – The Sixth Tokyo International Conference on African Development (TICAD VI) Summit kicked off on Saturday in Nairobi, with the participation of Morocco.

Morocco’s delegation to this conference includes the kingdom’s ambassador to Kenya, Abdelilah Benryane, and representatives of the Foreign Affairs ministry, Morocco’s trade promotion agency (Maroc Export) and the National Society of Transport and Logistics (SNTL) along with economic operators, researchers and experts.

The two-day event has been officially opened by Kenya’s President Uhuru Kenyatta and Japan’s Prime Minister Shinzo Abe and is expected to witness an attendance of at least 34 Heads of State and Government.

Japanese Prime Minister Shinzo Abe told African leaders that his country will commit $30 billion in public and private support for infrastructure development, education and healthcare expansion in the continent.

Abe said the package would be spread over three years from this year and include $10 billion for infrastructure projects, to be executed through cooperation with the African Development Bank.

Japan’s overall direct investment in Africa totaled $1.24 billion in 2015, down from about $1.5 billion a year earlier, according to the Japan External Trade Organization.

This is the first time TICAD is being held in Africa since its inception in 1993.