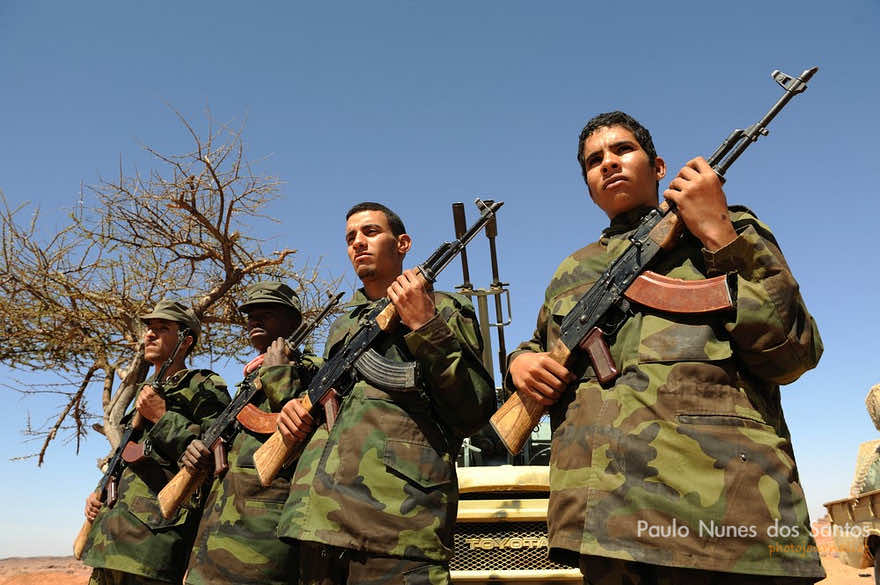 The new development on the ground has prompted the United Nations Secretary General to issue a statement on Sunday in which he expressed his concern at the escalation of tension in the region.

“The Secretary-General is deeply concerned over the tense situation that has developed in the narrow Buffer Strip in southwestern Western Sahara between the Moroccan berm and the Mauritanian border as a result of changes in the status quo and the introduction of armed units from Morocco and the Polisario in close proximity to each other, said a statement from the UN Secretary-General.

Moroccan security forces entered the region of Guergarate on August 15 for the stated purpose of clearing the area of smugglers and terrorists.

The move prompted the Polisario Front to send letters to the UN Secretary-General Ban Ki-moon to complain of a “violation” of the 1991 ceasefire agreement.

Following Polisario’s allegations, MINURSO deployed ground and air capabilities to investigate allegations of violations in the southwestern part of Western Sahara near Mauritania, and concluded that there was no military presence or equipment in the buffer strip.

“MINURSO has not observed military presence or equipment in the buffer strip.  The Mission observed what were assessed as civilian vehicles moving across the berm but was not able to determine additional information,” the UN deputy spokesperson Farhan Haq told the press on August 18.

The face-off between the  Polisario Front and Morocco is seen as a further escalation of a conflict which has been dormant since 1991.

During his visit, the UN chief expressed concern about human rights issues and made a diplomatic faux-pas by calling Morocco’s presence in the region an “occupation.”

Morocco reacted by forcing the expulsion of 84 personnel of MINURSO’s civilian component.

Following over two months of negotiations between Morocco and the UN Secretariat, Rabat allowed the return of 25 MINURSO civilian staff to return to their work station.