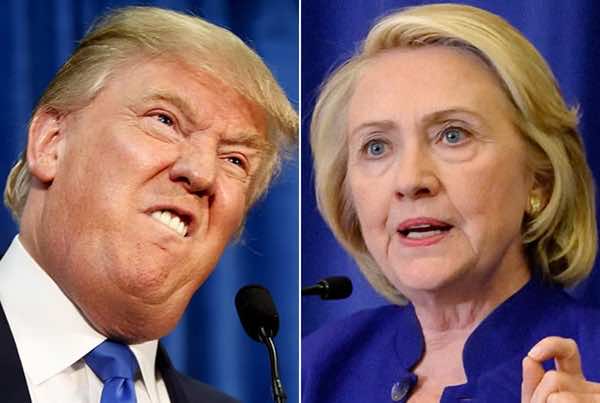 Rabat – After Hillary Clinton’s effort to link Donald Trump to the Ku Klux Klan, Donald trump fired back in defense, claiming that the Democratic nominee’s mentor, Robert Byrd, was a member of the KKK.

Byrd was a United States Senator from West Virginia; however, prior to becoming a member of the Democratic Party, he was chosen to be the leader of the KKK. In addition, Byrd helped  organize 150 members of his chapter in Sophia, West Virginia in the early 1940’s, according to CNN.

“@DiamondandSilk: Crooked Hillary getting desperate on TV bashing Trump. @CNN, she forgot how she said a KKK member was her mentor.”

Lynette Hardaway and Rochelle Richardson, also known as @DiamondandSilk on Twitter, are avid Trump supporters who speak frequently at his rallies. Following the retweeted post on Saturday, the two African-American sisters confirmed to CNN that their tweet referred to the West Virginia Senator, Byrd, former KKK member whose passing Clinton mourned in 2010 and praised as a “friend and mentor.”

The sisters stated to CNN that “Donald J. Trump can’t help who embraces his campaign, but Hillary Clinton could’ve helped who she embraced.”

Donald Trump highlighted the fact that he is the presidential candidate who offered African-Americans the best choice for president, by using Clinton’s previous use of the term, “super predators,” in his speech in Des Moines, Iowa, to affirm his candidacy.

Clinton and Trump exchanged racially charged accusations last Wednesday. Trump called Clinton a “bigot who sees people of color only as votes, not as human beings worthy of a better future,” and the Democratic nominee responded by claiming that Trump’s campaign was built on “prejudice and paranoia,” according to CNN.

In addition, Clinton emphasized that Trump “courted white supremacists” and “is someone who is very much peddling bigotry and prejudice and paranoia,” while linking him to the KKK, according to the same source.