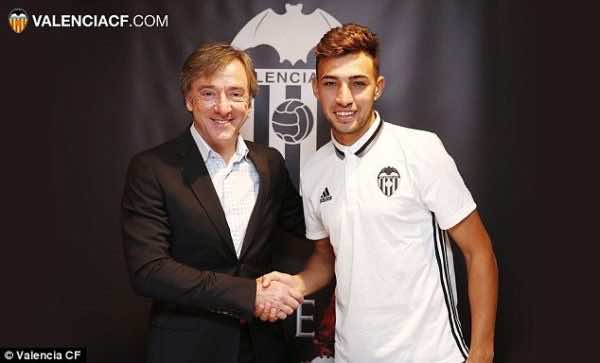 The FC Barcelona striker of Moroccan origin, El-Haddadi, will join FC Valencia for one season with an option for purchase worth12 million euros, Valencia said on its official website.

“Valencia CF wants to welcome international striker Munir El Haddadi as a new player in the club after reaching today an agreement with FC Barcelona for assignment until 30 June 2017. The agreement includes an option for Valencia CF exercisable at end of season,” the Spanish club said on its website earlier today.

The 20-year-old striker will wear the number 9 Jersey.With playing time already reduced on FC Barcelona, El-Haddadi was unlikely to leave the bench with the arrival of Paco Alcacer, former of F.C. Valencia.

Before joining Valencia, El Haddadi played 45 official matches (26 in La Liga, seven in the Champions League, eight in the Copa del Rey, three in Spain’s Super Cup and one in the FIFA Club World Cup).