Rabat - Five Moroccan truckers were taken hostage by a band of armed bandits while crossing Mali and heading toward Ivory Coast. 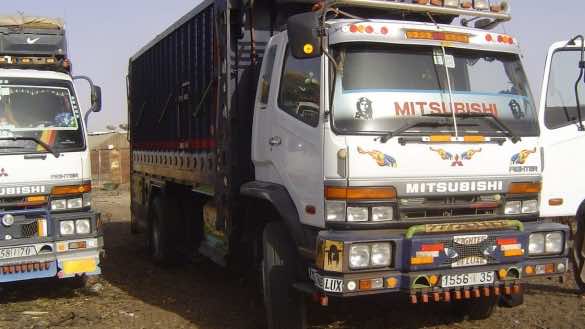 Rabat – Five Moroccan truckers were taken hostage by a band of armed bandits while crossing Mali and heading toward Ivory Coast.

Armed men stopped the trucker by shooting out the tires with automatic weapons.  The five drivers were robbed at gunpoint of their merchandise, cell phones, and keys. They were then held hostage for ten hours, according to the Moroccan daily Assaba.

One driver, Mohamed Badr Kanaoui, gave an account of the incident saying the robbers were in military uniform and exchanged orders according to rank, like “okay,captain.

Kanaoui Badr Aziz El Ghyra, Raef Salah, Ahmed and Lahcen Jamal Ahmami were named as drivers held by the armed group, according to the same soure.

Sunday at dawn, one of the assailants, who had remained on site to cover the flight of his accomplices handed to the Moroccan hostages their cellphones and keys trucks and ordered them to leave the area immediately.

Morocco’s Ministry of Foreign Affairs and Cooperation and the Minister of Transportation are working directly with their sub-Saharan counterparts to secure the roadways and make sure trade continues unhindered between Morocco and West Africa.