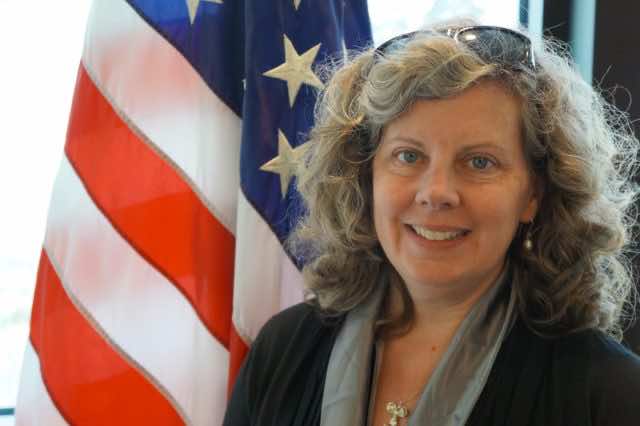 Ms. Miley is a career member of the Senior Foreign Service with over 25 years of experience in economic policy and foreign relations.  In the past ten years, she has worked overseas and in Washington managing  post-conflict stabilization efforts and civil-military and political-military affairs.

Her Washington assignments include working as a staff member of the  National Security Council and former Secretary of State Madeleine Albright.

The Deputy Chief of Mission is like the chief operating officer of the Embassy overseeing the day-to-day management of the Mission.  Miley becomes the person in charge whenever the Ambassador is absent or incapacitated.

Miley’s last assignment was that of  Minister Counselor for Economic Affairs at the U.S. Embassy in Mexico City.
Miley received an M.S. in International Policy Studies/Political Economy from Stanford University, and is a Distinguished Graduate of the National War College.

DCM Miley speaks fluent Spanish and French.  She is married and has one child.

Ms. Miley is replacing Judith Chammas who served as Deputy Chief of Mission since August 2010.

Miley’s assignment notice was posted on the U.S. Embassy Rabat Facebook page drawing many “welcome to Morocco” and “congratulations” messages.