Islamabad  - At least 13 people have been killed and 54 others injured after suicide bomb and gun attacks in northwestern Pakistan. 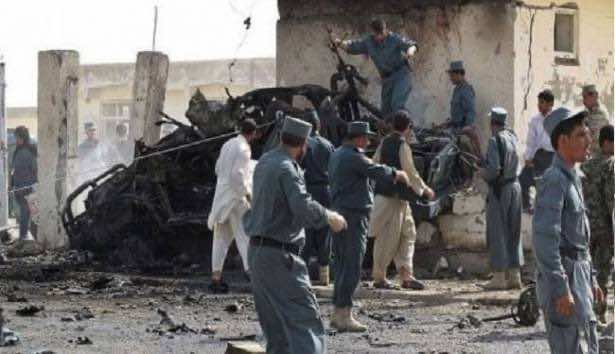 Islamabad  – At least 13 people have been killed and 54 others injured after suicide bomb and gun attacks in northwestern Pakistan.

A suicide bomber shot his way through the main gate leading to the district court in the city of Mardan, in Khyber Pakhtunkhwa province, before throwing a hand grenade and detonating his suicide vest among the morning crowds.

Some of the wounded are in a critical condition, police said.

Also on Friday, a group of militants belonging to stormed a Christian neighbourhood near Warsak Dam, just north of Peshawar. Police official Shaukat Khan said four militants wearing suicide vests entered the colony and one of them went into a church, but no one was there.

He added the attackers killed one Christian. The military said the suicide bombers died after soldiers backed by army helicopters exchanged gunfire with them. Three security officials and two civilian guards were also wounded in the attacks.

Pakistan’s Prime Minister Nawaz Sharif condemned both attacks, adding that militants were on the back foot and were “showing their frustration by attacking soft targets”. Jamaat-ul-Ahrar, a faction of the Pakistani Taliban, has claimed responsibility for both attacks.

It has also said it was behind a massive suicide blast three weeks ago that killed a number of lawyers in the southwestern city of Quetta, as well as the Lahore Easter bombing that killed 75 people. On Thursday, the military said it has prevented Islamic State expanding its network in Pakistan, by arresting 309 suspects in recent years, including IS members from Syria, Iraq and Afghanistan.