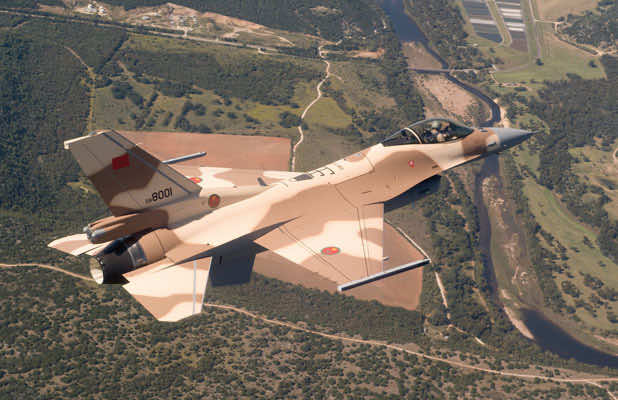 The Polisario Front dispatched fighters to the region last week to confront Morocco police forces who were in the region of Guargaurat to interdict suspected drug smuggling operation and any terrorist-linked threats.

“An unusual movement of Hunters Royal Air Forces were spotted in southern Morocco,” local sources were quoted by Le360 as saying.

The Polisario Front reportedly tried to stop the building of a new road linking Moroccan territory with northern Mauritania.

“We are not going to allow Morocco to advance with a roadway outside the wall, this is a violation of the ceasefire,” Bechraya Hamoudi Sidina, the Sahrawi Arab Democratic Republic’s envoy in Algiers, told Reuters.

“We are not beating war drums, but the U.N. must assume its duty and oblige Morocco to return to its original position,” Sidina said.

Upon the arrival of Polisario fighters, U. N. Secretary General said in a statement that we was “deeply concerned” by the escalation and called on both the Polisario and Morocco to withdraw armed elements.

“The chances of misunderstanding and confusion are more heightened, Muhammad Tayyab Azam, MINURSO commander to reporters in Guarguarat.

“And then the crossfire starts…so it is important to be very careful and exercise restraint,” said Azam.

Following a government  meeting on Thursday, Moroccan Communication Minister and government spokesperson said that Morocco sent its gendarmerie to the region in order to fight drug trafficking and smuggling.

“This operation takes place because of the danger of insecurity in this region which is witnessing the prevalence of drug trafficking and trade and other illicit practices, besides the obstacles that stood in front of the traffic flow to Mauritania,” Khalfi said in a presentation following the Government Council meeting.