Damascus - At least 40 people have been killed Monday in four bombings in government-held areas of Syria and one in a city dominated by Kurdish forces, state media reported. 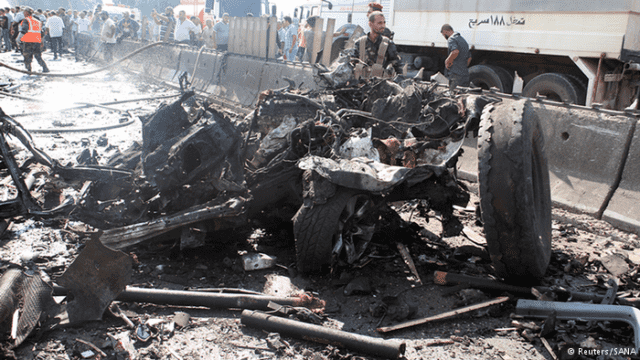 Damascus – At least 40 people have been killed Monday in four bombings in government-held areas of Syria and one in a city dominated by Kurdish forces, state media reported.

The deadliest incident was outside Tartous, on the Mediterranean coast.

Tartous, which hosts a Russian naval base, is the heartland of President Bashar al-Assad’s Alawite sect.

A news agency affiliated to the jihadist group Islamic State (IS) said it was behind the Hassakeh attack, which allegedly targeted Kurdish militiamen.

Syria’s official Sana news agency reported that 30 civilians were killed and 45 others injured in the Tartous countryside on Monday morning.

Then, as a crowd gathered at the scene to help the wounded, a suicide bomber detonated his explosive belt, the source added.

In the central city of Homs, four people were killed and 10 injured when a car bomb exploded at the entrance to the Bab Tadmour district, Sana reported.

The governor of Homs province said the car bomb targeted a military checkpoint and that the casualties were soldiers.

One person was meanwhile killed in a bombing on a road in Saboura, a western suburb of Damascus, a police source told Sana. In Hassakeh, an explosives-packed motorcycle was blown up at the Marsho roundabout, killing five civilians and injuring two others, Sana said.

The attacks came as US President Barack Obama and his Russian counterpart Vladimir Putin discussed a ceasefire deal for Syria at a meeting on the sidelines of the G20 summit in China.