Rabat – All arrangements have been made and preparations are underway to host the 22nd session of the Conference of the Parties (COP 22) to the United Nations Framework Convention on climate change, slated for November in Marrakech, said, Tuesday in Rabat, Minister Delegate to the Minister of Interior, Cherki Drais. 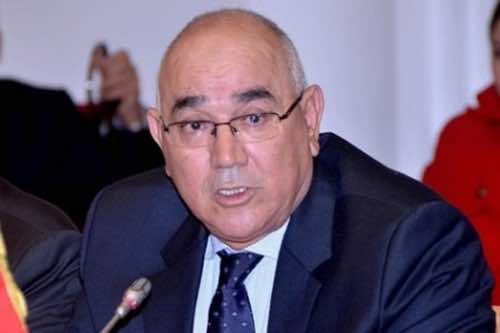 Rabat – All arrangements have been made and preparations are underway to host the 22nd session of the Conference of the Parties (COP 22) to the United Nations Framework Convention on climate change, slated for November in Marrakech, said, Tuesday in Rabat, Minister Delegate to the Minister of Interior, Cherki Drais.

Speaking at a meeting with a group of journalists representing 28 African countries, Drais said that since the closing ceremony of COP21 in Paris, Morocco started to make all arrangements for this major event, with initially the appointment by HM King Mohammed VI of a Steering Committee for COP22.

In response to the various questions posed by African journalists, currently on a visit to Morocco at the invitation of COP22 Steering Committee, the Minister said that the Kingdom is also well prepared to securely host this global event.

“Since the first terrorist attack in 1994, Morocco has developed a significant experience in counterterrorism and manages to secure its territory through a proactive approach, which consists of fighting insecurity and marginalization and reforming the religious field,” he said.

In response to a question on “Daech” threat in the country, Drais stressed that this terrorist group is not present in Morocco, due to efforts made by the Moroccan security services to combat extremism in all its forms.

He added that Morocco has dismantled several terrorist cells pledging allegiance to Daesh, which planned terror acts against the country through a proactive action of the various components of the security services to preserve Morocco’s stability and security.

Referring to cooperation with African countries, Drais noted that Morocco endeavours to strengthen this cooperation, especially during the last ten years, noting that the Kingdom has signed several security agreements with the countries of the continent.

Concerning the Sahara conflict, Drais said that this issue, which has lasted for over 40 years, “poisons the situation in Africa,” recalling the fact that Morocco has “taken many initiatives to solve this artificial problem, the latest of which was hailed by the international community, including the UN, deeming it as “serious, realistic and credible.”