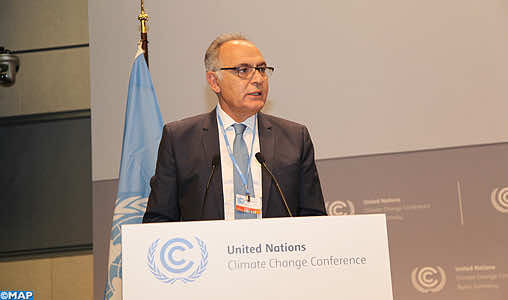 Speaking at the opening of the 2nd International Conference “Defence and Climate Change,” Mezouar stressed that “climate disorder causes a security disorder,” noting that climate change “represents a major risk for peace and security.”

“Because of the expected doubling of Africa’s population by 2050, climate change will have catastrophic effects on the continent with a decrease of 4.7% of GDP, mainly due to the deterioration of the agricultural sector, which is likely to undermine the stability of States by increasing unemployment, particularly within the youth, and promote radicalization,” he stressed.

He said that the time is ripe “to bring together advanced and development researches in order to propose solutions and alternative to deal with climate change.”

“This requires initiatives to improve investment, research and development programs,” he said, stressing the importance of early warning systems to establish a resilient security environment.”

Mezouar also hailed the announcement by the International Civil Aviation Organization of the draft resolution aiming at establishing a market-based measure for addressing greenhouse gas emissions.