Rabat - Soon after, the Party of Justice and Development (PJD) nominated the Salafist, Hammad Kabbaj, to be the head of the Marrakech-Gueliz constituency, Moroccan and international media began exploring this political figure, creating a public debate around him. 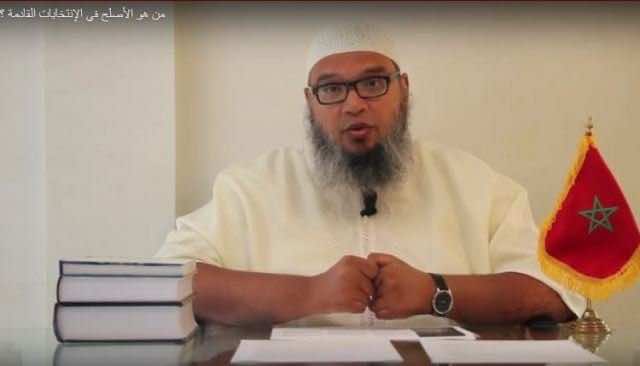 Rabat – Soon after, the Party of Justice and Development (PJD) nominated the Salafist, Hammad Kabbaj, to be the head of the Marrakech-Gueliz constituency, Moroccan and international media began exploring this political figure, creating a public debate around him.

The Moroccan media figure, Mohammed Tijini, dedicated an episode of his show, Tijini Talk, on his channel, Maghreb TV, to Kabbaj. The talk show was aired in his Youtube channel on August 30, and revolved around Kabbaj’s statements related to Jewish people.

Tijini stated that Kabbaj’s nomination would have dire consequences for the PJD, as well as for Morocco’s image in the international scene:

“This nomination does not serve the interests of the Justice and Development Party, nor does it serve the image of Morocco.”

Tijini used three excerpts of Kabbaj’s recorded sermons that date back to 2011, where he talked about the “Jews.”  The part of the speech that Tijini dwelled on is when Kabbaj explains that the Jews represent a major threat to the world:

“We must be alert to this reality. We must believe, and I repeat intentionally, that the threat of the Jews is not limited to the Palestinian lands. But they are, as some researchers said, ‘a dangerous viper that has its tail in Palestine and its head extending to many parts of the world with lethal, venomous bites,’” says Kabbaj in the recording.

After he faced a storm of criticism, Kabbaj retracted his words and explained in a Facebook post that he was talking specifically about the Zionists, not all Jews:

“What I believe in is that coexistence with Jews and Christians is a religious and a national duty, and I have numerous articles and lectures in this regard … At the same time, I utterly denounce the injustice of the Zionist Jews inflicted upon the Palestinians that has gone as far as committing horrifying terrorist massacres. From Sabra and Shatila to the massacre of Gaza that claimed the lives of 1,400 Palestinians half of which are women and children.”

In an interview with Moroccan news website, Hespress, Kabbaj talked about the media uproar following his nomination, “I expected there would be some level of surprise since the political scene in Morocco is not familiar with someone who takes part in the arena of preaching.”

Kabbaj asserted that it surprised him to see how huge the controversy around him has become, especially since he is “a public figure that has been present in various national issues.”

He continued that what shocked him the most was Tijini’s “allegations” that he opposed the coexistence with the Moroccan Jews:

“What he said is in stark opposition with my religion and my sense of patriotism…because Allah ordered us not only to coexist but also to honor them ‘Allah does not forbid you from those who do not fight you because of religion and do not expel you from your homes – from being righteous toward them and acting justly toward them. Indeed, Allah loves those who act justly,’” said Kabbaj, quoting Quran chapter 60, verse eight.

Additionally, in an article published on August 31, Telquel questioned Kabbaj’s adherence to democratic values and pointed out that his “religious vision is consistent with that of the Wahhabi Salafists.”