Madrid - At least four people have been killed and 49 hurt in a train derailment near O Porrino in north-western Spain. 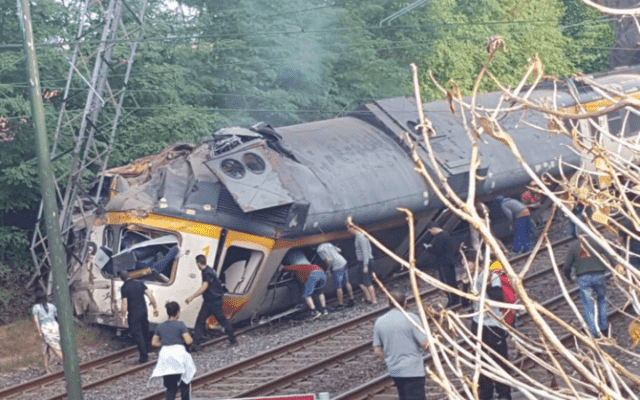 Madrid – At least four people have been killed and 49 hurt in a train derailment near O Porrino in north-western Spain.

The train, which belonged to the Portuguese rail company Combios Portugal, was travelling from the Galician town of Vigo to Porto in Portugal when the accident happened near the town of O Porrino at around 9.30 Friday morning.

The driver of the train is among the dead. Sixty-five people were on board the train at the time of the accident, including two crew members.

The Spanish railway operator Adif has announced that it has launched an investigation into the cause of the accident.