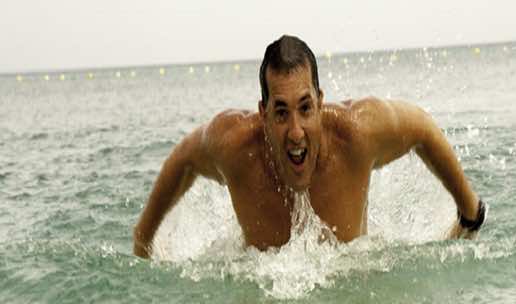 At a speed of 4.2km per hour, the Moroccan entrepreneur Dino Sebti crossed the 18-Kilometer-long Straight of Gibraltar in 4 hours and 22 minutes on September 9th. 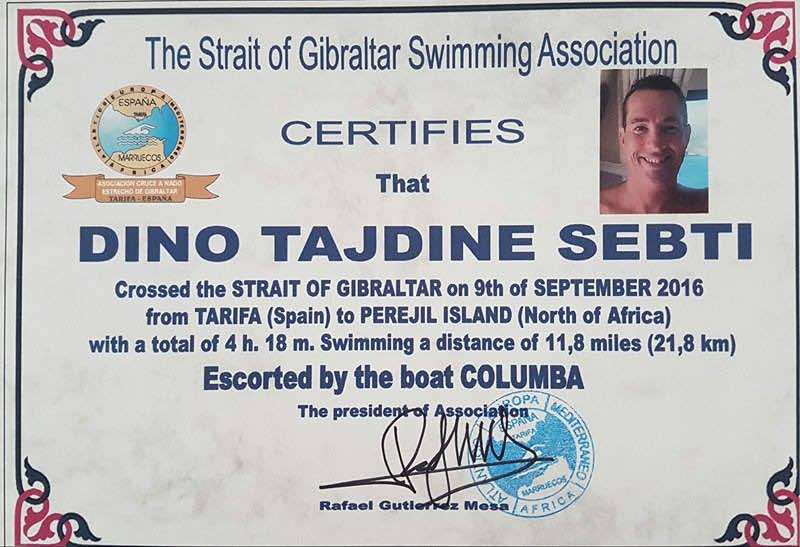 Dino Sebti told Le Site Info in an interview that the achievement was very easy:

“Frankly, I experience the crossing as an adventure, I enjoyed every single moment … I was obviously trained very well.”

Describing the management of the event, Dino Sebti expressed his satisfaction at the safety measures taken in the crossing.

“We were very well supervised, there was a boat which gave us the course and a zodiac for feeding.”

The Moroccan entrepreneur, owner of Sigma Technologies, trained for a period of over one year in preparation of this feat. He is the first Moroccan to be homologated by Swim Association Crossing the Strait of Gibraltar (ACNEG) to cross the strait without a swimming outfit.

The association homologated Dino Sebti as the first to swim without a swimming suit and cap, continues the same news source.

Throughout the swim, three other swimmers accompanied the Moroccan entrepreneur: they were Pierre Weisbein a French-American swimmer, AdrienChampoux, a French swimmer, and Joseph Hess, a German swimmer.