New York - School has started for most students around the world.But students attending the controversial Islamic Saudi Academy have had to find an alternative. 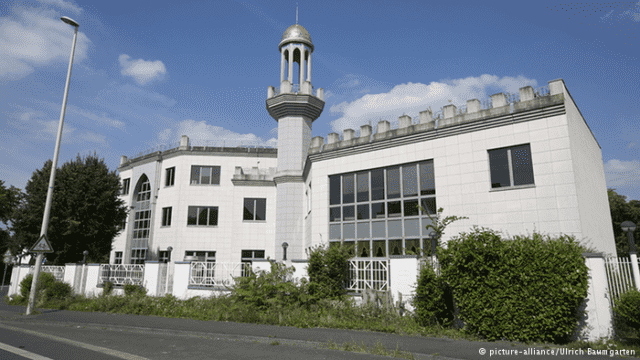 New York – School has started for most students around the world.But students attending the controversial Islamic Saudi Academy have had to find an alternative.

The Saudi-funded educational institution, which has academies throughout the world, have been systematically closed.

In Bonn, Germany, it has been announced the school will close by year end.  The small school has 30 teachers and about 150 students from Arabic-speaking countries around the world.

“We’ve waited a long time for this to happen,” Ralph Ghadban, a Berlin-based political scientist and Islam expert, who welcomed the end to the Saudi academy in Germany, told DW.

But it doesn’t spell the end to the influx of radical Islamism to Germany, Ghadhan warned. “Some radical Muslims will send their children to certain boarding schools in Britain that are known for their radical interpretation of Islam.”

In Virginia, the school had plans of moving its facilities to a growing Muslim community in western Farifax and nearby Loudoun County.  At one time, a conservative Christian group tried to stop the Islamic school from expanding. Now the school has closed voluntarily.

Small, private and committed to an Islamic-based curriculum, the Saudi Islamic Academy which was founded in the 1980s has been accused of having Islamist leanings.

In 2003, the school was investigated for ties to the terrorist network al Qaeda and other fundamentalist Muslim groups.

The academy has also produced some notable terrorists.  Ahmed Omar Abu Ali was found guilty in 2005 of joining an al=Qaeda plot to assassinate then-President George W. Bush.  Ali was a graduate of the Saudi Islamic academy.

The school’s curriculum was under investigation by the U.S. Congress for having material which was considered intolerant of other religions or which advocated violence in 2007.

Even President Obama’s recent nominee for federal judge, Abid Qureshi, is being criticized for representing the Saudi Islamic Academy in past legal cases.  Pakistan-born Qureshi has become America’s first Muslim to be nominated to a federal judgeship.

It is believed that the sudden closure of Saudi Islamic Academy is part of the Saudi governments part of the country’s “Vision 2030” program announced earlier this year.  The once cash-rich Arabian nation is making sweeping economic reforms, severely cutting spending and pushing for greater efficiency within the government.  The drop in oil revenues has forced the Saudi government to adopt a new “vision” for the future in order to survive.

Henner Fürtig, the director of the Hamburg-based GIGA Institute for Mideast Studies, said the Saudi government is well aware of the controversies surrounding the academy and the accusations of “indoctrination attempts.”

“It’s also an attempt to change the country’s image,” said Fürtig in DW