Rabat - In a potential hate crime, a Scottish tourist wearing traditional Islamic garment was set on fire in New York before Sept. 11 ceremony.

Rabat – In a potential hate crime, a Scottish tourist wearing traditional Islamic garment was set on fire in New York before Sept. 11 ceremony.

As the 36-year old Scottish woman was window-shopping outside of a pricey Midtown boutique on 5th Ave., by Valentino near E. 55th St, a suspect set her blouse on fire.

According to the news website NY Daily News, the Scottish tourist managed to extinguish the flames on her sleeves without catching any burns.

A police source quoted in the same website stated that the victim felt heat and looked at her blouse to find out that it caught fire.

“She saw [the suspect] pull a lighter away and walk away,” the source said. “He doesn’t say anything.”

The source continued that investigations are underway by NYPD Hate Crimes Task Force to specify if the crime was motivated by Islamophobic sentiment toward the victim.

As soon as he lit her sleeve, the suspect run away from the scene and he is currently in escape, report the Daily News.

In response to the incident, the spokesman for the council on American-Islamic Relations, Ibrahim Hooper, urged a thorough investigation.

He asserted that the incident is representative of the anti-Islamic sentiment that has spread in the US:

“I would obviously be concerned because it’s symptomatic of the overall rise in Islamophobic sentiment in our society,” he said.

“That’s based on the spike across the country in hate crimes and hate incidents, in recent days and over the past year,” continued Hooper.

The incident comes after a series of hate crimes against Muslims. Khalid Jabara, a Muslim American in New York, was shot to death last month by his racist neighbor who had been terrorizing him and his family.

Last week, a 32-year-old attacked two women from Muslim backgrounds. The attacker attempted to rip off the veil from their heads and punched them in the face before she was arrested by NYPD. 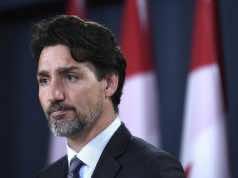 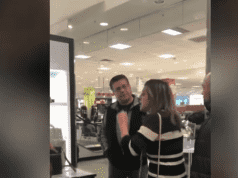