Rabat - It was a simple ad for a college football team that would show the ugly underbelly of American hatred for anything Islamic. 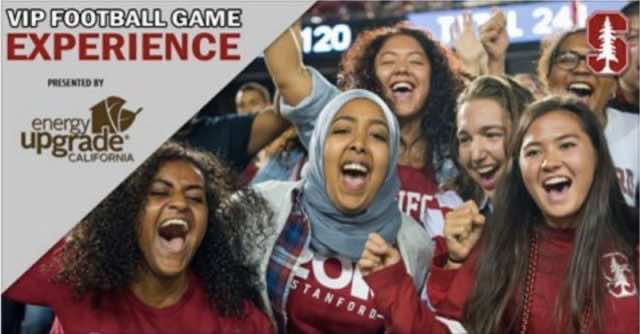 Rabat – It was a simple ad for a college football team that would show the ugly underbelly of American hatred for anything Islamic.

In the middle of the ad is a young black student wearing a hijab.

“What a ridiculous advertisement. You had to throw a Muslim in there, didn’t you,” another commented, adding, “Disgusting. Not one white person in that ad. Screw Stanford.”

“That Hijab Or whatever is being shoved right done [sic] my throat!” one user wrote on Facebook.

And those were some of the less vicious comments.

The Muslim student, Tesay Yusuf, didn’t know she was featured in the ad until it was shared on Facebook.

“We all thought it was pretty cool that they had used the picture of us for the ad and didn’t make much of it otherwise,” she wrote in an email to The Washington Post.

Then she saw the racist and hateful messages about her wearing a hijab.

Instead of sitting back and complaining or hiding, Tesay fought fire with fire.

When @Stanford Athletics posts ONE diverse ad of me and my friends at a football game, all hell breaks.

When @Stanford Athletics posts ONE diverse ad of me and my friends at a football game, all hell breaks loose. ? pic.twitter.com/ZbOZc313Cp

Within hours, thousands of likes and comments were posted giving her support for her hijab and religion.

A triple threat. Black. Muslim. Woman. It’s so thrilling to see a woman succeeding in the face of adversity. You rock. @queen_laTEFAN

“Unfortunately, as a Black Muslim woman I see people who look like me attacked on the internet all the time. Our current political climate has made it acceptable for people to be openly bigoted in lieu of what they’d call ‘political correctness.’

A few Stanford students enjoying themselves and cheering on their football team did not warrant such a negative response,” she wrote to The Post.