Fez - A Moroccan policeman has used his service gun to arrest two individuals who were assaulting people with swords. 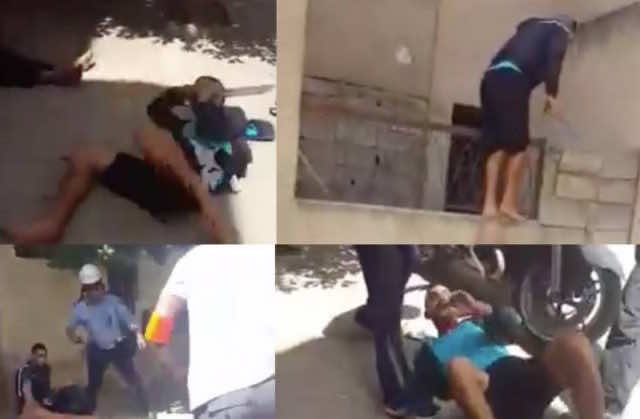 Fez – A Moroccan policeman has used his service gun to arrest two individuals who were assaulting people with swords.

Moroccan police responded to a complaint by a victim claiming he was attacked by four people, including two girls who were used as a bait to attract victims and extort their possessions using sharp weapons.

Immediately after receiving the phone call, police rushed to the scene of the incident and found the criminals on the verge of  assaulting victims.

Police chased the suspects, one of whom climbed up a wall and ignored police orders whilst waving his machete threatening to attack them.

A video uploaded to youtube earlier today shows a police man who fired two gunshots to warn the suspect, who subsequently fell on the ground and was then handcuffed after much resistance.

Social media users thanked the police and hoped that such interventions will deter other criminals from initiating such acts.

This incident comes after a series of popular appeals urging authorities to tighten security measures.