Rabat - Over a million Iranian pilgrims headed to Karbala instead of Saudi Arabia after a Saudi-Iranian disagreement that resulted in banning them from performing Hajj. 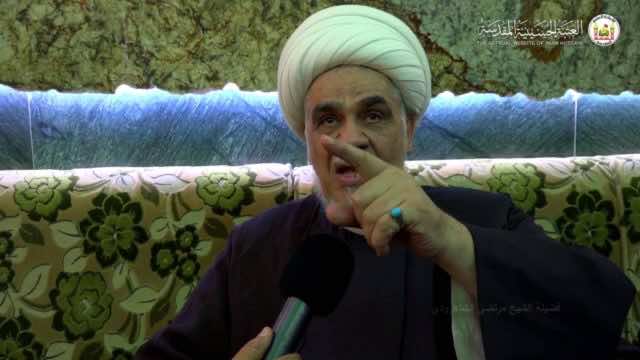 Rabat – Over a million Iranian pilgrims headed to Karbala instead of Saudi Arabia after a Saudi-Iranian disagreement that resulted in banning them from performing Hajj.

The disagreement between Saudi Arabia and Iran in connection to Hajj goes back to last May when the Iranian-Saudi Hajj Association accused Saudi Arabia of “putting obstacles and preventing the Iranians from performing the obligation of Hajj.”

The Saudi ministry of Hajj stated that Iran refused to sign a contract pertaining to Hajj arrangement. The ministry added that the Iranian officials are responsible “in front of God and the Iranians” for not letting its people perform Hajj this year.

Instead of Saudi Arabia, Iranians headed to Karbala in south West of Baghdad where the shrine of Hussein, the Prophet’s grandchild and first Shia imam, is located.

Mustapha Shahurdi, the sermon leader at the Holy Shrine of Hussein, expressed his joy that many Iranians visited the Shrine of Hussein in the day of Arafat and said that the visit “equals visiting God in his throne.”

The sheikh continues in a sermon posted on Youtube Saturday 10th that day of Arafat, the 9th of the Arabic month of Dhul Hijjah where the pilgrims stand on Mount Arafat, honors prophet Abraham.

“God has made Abraham’s foothold a shrine that all pilgrims pray in recognition of Abraham who sacrificed his son, although his sacrifice was realized in reality,” said the Sheikh.

Shahurdi continued that Hussein has sacrificed his sons without being asked directly by God and therefore deserved a better reward than that given to Abraham.

“God says to Hussein,” stated the Shia sheikh “I have given you gifts that I haven’t given to others, and I have made a visit to you as a visit to me. God leaves his visitors in Arafat and goes to the visitors of Hussein, forgives all their sins and then go back to Arafat.”