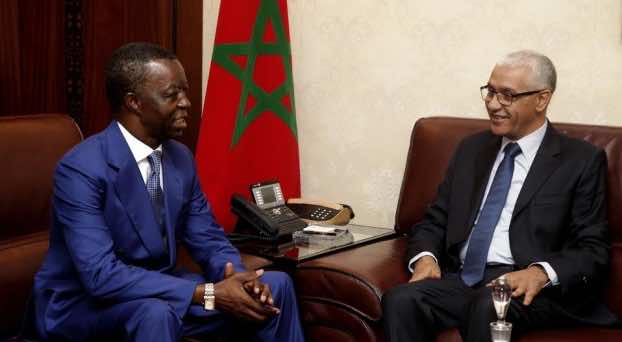 “The Pan-African parliament, which is headquartered in South Africa, comprises 270 deputies and we are waiting for the return of Morocco to complete the list. We think that this parliament will play a basic role in unifying the continent,” he told MAP following a meeting with speaker of the house of representatives Rachid Talbi Alami.

Roger Nkodo Dang also paid a tribute to the wisdom of King Mohammed VI and his announcement of Morocco’s decision to return to the AU.

He added that his visit to Morocco, at the invitation of the speaker of the house of representatives, is aimed at informing the Moroccan side, within a parliamentary framework, about the terms of returning to the Pan-African organization, noting that his meeting with Talbi Alami touched on bilateral issues of shared interest.

Talbi Alami said that the talks were an occasion to talk about Morocco’s role at the continental level mainly regarding the development of investments.