Rabat - A meeting that aimed to pave the way for a local Muslim community to build a mosque and cemetery has been canceled in Newton County, Georgia. 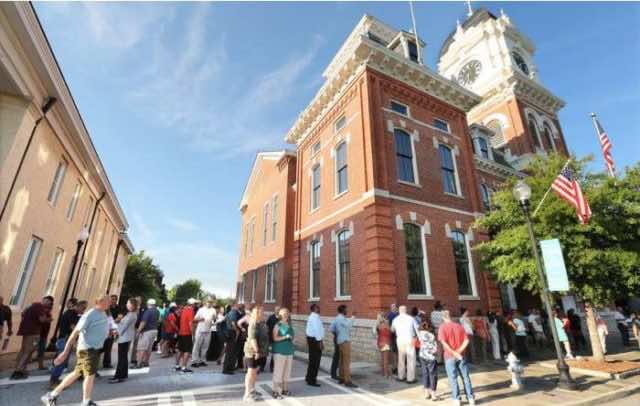 Rabat – A meeting that aimed to pave the way for a local Muslim community to build a mosque and cemetery has been canceled in Newton County, Georgia.

A local militia had planned an armed protest to stop a proposed Muslim cemetery and mosque, said the Coalition for American-Islamic Relations.

“We strongly condemn the anti-Muslim extremists who have slandered, harassed and threatened Newton County’s commissioners over the past week,” said CAIR-GA Executive Director Edward Ahmed Mitchell in the news release. “These cowardly bigots do not represent the people of Newton County, who are as warm and welcoming as other Georgians.”

Town official canceled the meeting because of safety concerns.

The armed militia group, called Georgia Security Force 111%, made a video which was posted over the weekend protesting the presence of Muslims in the county and standing on the proposed site of the cemetery and mosque.

The militia group’s website says, “we love our country, our freedom, and our liberty and we will always have the right to defend it.”

The local sheriff’s department has opened an investigation into the group.

CAIR has been active in Georgia over the past month in reaching out to conservatives and tea-party affiliated groups.

The largest civil right organization representing Muslim is providing an “Islam 101” presentation, according to a press release in The Daily Caller.

“We’re willing to answer any and all questions about Islam and American Muslims, whether those questions are tame or critical,” said the press release.