Brussels – Member of the European Parliament (MEP), Gilles Pargneaux, welcomed the conclusions of the prosecuting attorney of the EU Court of Justice (CJUE) on Morocco-EU agriculture agreement, saying that "time is ripe to put an end to this matter, which poisons our relations with an important partner like Morocco." 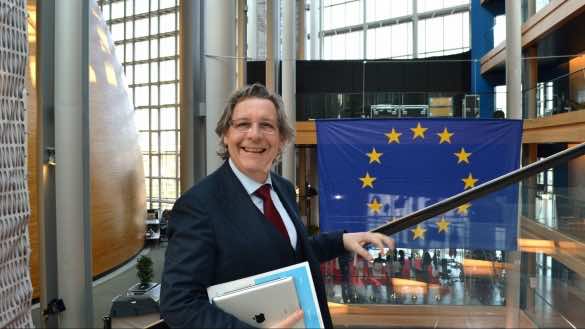 Brussels – Member of the European Parliament (MEP), Gilles Pargneaux, welcomed the conclusions of the prosecuting attorney of the EU Court of Justice (CJUE) on Morocco-EU agriculture agreement, saying that “time is ripe to put an end to this matter, which poisons our relations with an important partner like Morocco.”

“The conclusions of the prosecuting attorney are clear-cut: the judgment of the Court of Justice must be rejected. The polisario’s complaint is inadmissible. This is the main information that must be understood from the conclusions of Melchior Wathelet,” noted the MEP in a statement.

“The inadmissibility estimated by the prosecuting attorney is a good news,” added Pargeanux, noting that the European Union must pursue its cooperation with Morocco, its “major partner”.

“Security cooperation, information sharing, partnership for economic development, energy cooperation, fighting climate change, these are the themes that should be at the heart of our common project,” the MEP said.

The prosecuting attorney of the CJUE handed on Tuesday his conclusions in the case related to the appeal by the EU council against the decision by the first instance court of the EU Court of justice, on Dec.10, which partially invalidated the Morocco-EU agriculture agreement.

In his conclusions, the Prosecuting Attorney made three recommendations to void the decision of the EU court, dated Dec. 10, 2015 (case T-512/12), which partially invalidated the agriculture agreement regarding its implementation in the Sahara. He deemed that polisario’s appeal to make the agreement null and void is inadmissible since the polisario has no capacity or legitimacy to represent the economic interests of the population.

The Prosecuting Attorney recommended that the polisario pays the first instance’s and the appeal’s costs.