Geneva - UNHCR called upon the EU and Member States to revisit the eligibility criteria by lowering the threshold for relocation candidates to include additional nationalities likely in need of protection. 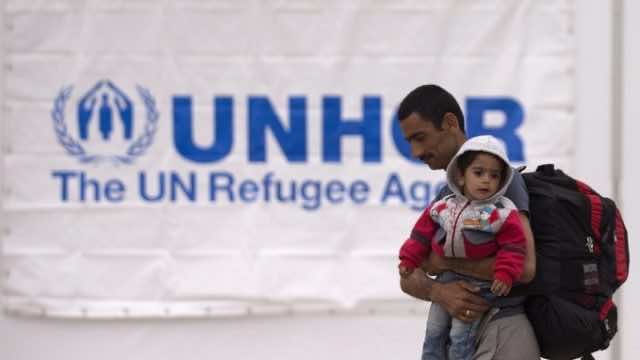 Geneva – UNHCR called upon the EU and Member States to revisit the eligibility criteria by lowering the threshold for relocation candidates to include additional nationalities likely in need of protection.

In some instances, while States have indicated the places made available, these same places have not been formally pledged to Greece and Italy, the source added in a statement.

This is exacerbating the difficulties for asylum-seekers who can and should benefit from the scheme. Effective relocation is key to increasing solidarity and responsibility sharing in Europe, and ensuring the better management of movements, including helping to address irregular secondary movement and reliance on smuggler networks. This is particularly vital given the humanitarian situation in Greece, and the increasing number of people staying in Italy and applying for asylum. One year ago, the European Union (EU) and Member States agreed on a two-year plan to relocate 160,000 asylum-seekers mainly from Greece and Italy to other European countries, the UN refugee agency recalled.

Yet, the number of pledges continues to be woefully inadequate and implementation unnecessarily slow and challenging, the agency noted.

So far, 4,776 asylum-seekers have been relocated from Greece and Italy, only 3% of the original target. UNHCR is calling on States to increase pledges, including for unaccompanied and separated children, speed up the registration and transfers of candidates, and for more nationalities fleeing war and persecution to have access to the scheme.

From Greece, a total of 3,712 asylum-seekers have departed the country thus far and 7,970 people have been referred for relocation. So far, there are 8,676 pledges available for relocation from 21 EU Member States, as well as Switzerland and Liechtenstein, representing only 13% of the target of 66,400 places. From Italy, 1,064 asylum-seekers have been relocated to 16 countries with 2,809 pledges made available to date. More people are staying in Italy than in previous years, including due to increased border controls in the northern areas.

Participating States also need to accelerate the processing and transfer of relocation candidates. States need to work in partnership with the Greek and Italian authorities and relevant agencies to increase the personnel and infrastructure made available, and to speed up the registration and processing of cases. Currently, only asylum-seekers of nationalities with an average recognition rate of 75% or higher at the EU level are eligible for relocation. Based on the latest available EU data, this threshold excludes, for example, Iraqis, who previously met the threshold, as their average recognition rate has fallen to 73%.