Brussels - Belgian magazine "Le Relais" devoted a special feature to the new partnership strategy of Morocco in its international relations. 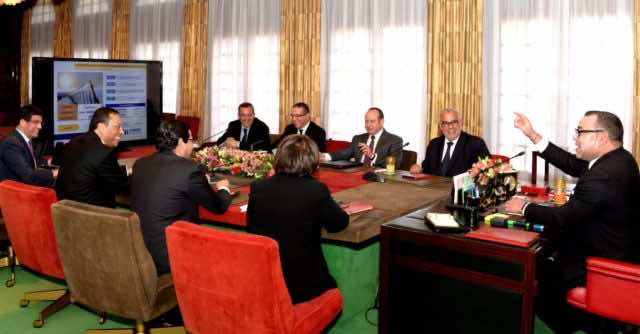 Brussels – Belgian magazine “Le Relais” devoted a special feature to the new partnership strategy of Morocco in its international relations.

In its latest issue, the magazine said that the Sovereign has set new standards for the Moroccan diplomacy by broadening the prospects of real development and by multiplying its partners, recalling the recent royal visits to China and Russia.

The magazine also highlighted the interest of the Sovereign in spurring Africa’s development, mainly through concrete projects initiated in the continent, and in promoting spiritual links through initiatives and very laudable actions such as the setting up of the Mohammed VI Foundation for African Ulema that is meant to uphold the values of tolerance, openness and modernity.

Le Relais also published an article on Morocco-Gulf Countries Summit, stressing the importance of HM the King’s speech before the Heads of State of the Gulf countries, in which the Sovereign expressed “his perfectly clear vision on the strategic partnership” with those countries and “his approach to face security challenges in the region.”

The magazine also featured an interview with Moroccan Environment Minister, Hakima El Haite, prior to the organization by Morocco of the 22nd session of the Conference of the Parties (COP22) of the United Nations Framework Convention on Climate Change (UNFCCC), to be held next November in Marrakech.

In this interview, El Haite highlighted the main challenges of this major event and the role Morocco intends to play to protect the environment and fight climate change.