New York - The first edition of the North American- Moroccan Competencies Forum is just around the corner, bringing together Moroccan professionals, researchers, and entrepreneurs from Canada and the United States to New York City on Saturday, September 17th 2016. 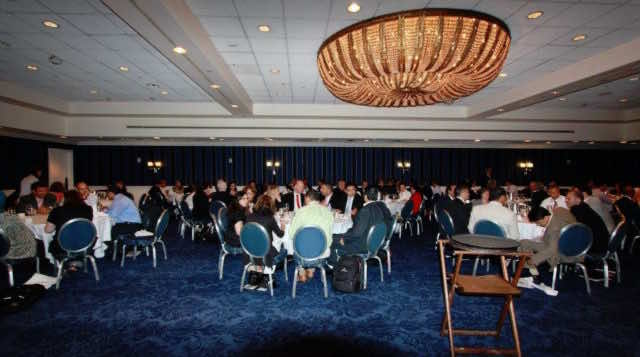 New York – The first edition of the North American- Moroccan Competencies Forum is just around the corner, bringing together Moroccan professionals, researchers, and entrepreneurs from Canada and the United States to New York City on Saturday, September 17th 2016.

The forum will showcase the rich diversity of expertise and knowledge of Moroccans residing in the United States and Canada. It will also provide a platform to highlight the contributions of the Moroccan diaspora from North America in the emergence of Morocco as a leader in both the Middle East and Africa, thus enhancing Morocco’s image and stature abroad. Four panels are set to discuss Entrepreneurship & Innovation, Medical Sciences and Healthcare Systems, Finance & Economic Environments, and Civic Responsibility and Volunteerism.

The event is as a result of a partnership between the American Moroccan Competencies Network (AMCN), Association of Moroccan Professionals in America (AMPA), and Forum des Compétences Canado-Marocaines (FCCM). Members of the organizing entities have combined efforts and resources to make this initiative a reality and have successfully obtained sponsorship from the Ministry in Charge of Moroccans Living Abroad & Migration Affairs and Royal Air Maroc (RAM).

“It is the first step towards consolidating the efforts of the North American competencies networks and having a common vision on our contributions to Morocco” – Abdelaadim ElHanchi – Forum des Compétences Canado-Marocaines President.

“The forum is a great networking and partnership building opportunity for our Canadian and American-Moroccan experts in various fields. I certainly hope that, among other things, projects benefiting Morocco will emerge from the panel discussions held throughout the day.” – Mohamed Boutjdir – AMCN President

He noted that while the conference acknowledges the achievements of individuals in areas such as health, technology, aeronautics, energy, and IT, the conference also recognizes the contributions made by Moroccan associations. “In an unprecedented development,” he said, “we are presenting a panel that addresses civic duties and volunteerism, concepts that while they may be well ingrained in the American tradition, are relatively new to Moroccans.  This panel, moderated by AMPA’s Communications and Strategy Advisor, will explore the nature and role of civic duties and volunteerism in Morocco and the US, and discuss how Moroccans and Moroccan Americans can work together more effectively for the common good.”

He noted that the panel will also showcase several associations that provide an opportunity to give back to society through volunteer work.

The ultimate purpose of these efforts is to create a platform that will facilitate the contribution of MLAs into the socio-economic and environmental development process in Morocco. Similar network forums successfully exist today in numerous countries throughout Europe.