Rabat - It is usual in Morocco, as it is for other countries around the world, for political discourse to reach boiling point during electoral campaigns. 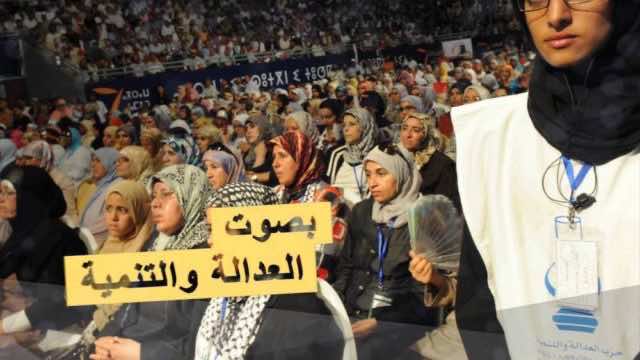 Rabat – It is usual in Morocco, as it is for other countries around the world, for political discourse to reach boiling point during electoral campaigns.

In the upcoming legislative elections, however, not only has the boiling point been reached much earlier than the law allows but it has reached new heights and taken on forms, tones and trends it had never before. One particular case worth nothing is the ongoing complaints from key figures of the Islamist party leading the government, claiming that there are underground forces working against them and that this justifies their total failure to achieve any of their electoral promises or commitments.

Granted, it would not be fair to expect this party to be bold enough to admit that its failures are actually due to the lack of coherence of what it had presented as its electoral program as well as to the severe structural deficiencies of expertise, professionalism, experience and vision it suffers from. But one would expect a mature political organization leading the government of a multi party country within the framework of a constitution it had contributed to drafting and adopting to find better excuses than shifting the responsibility of its failures on unseen and occult forces.

In their effort to exonerate themselves from all responsibilities, and because of the dramatic indigence of their analytical tools, the leadership of this party go to great lengths to coin words or loan them from other fields which they endeavor to transform into what they hope will become new political concepts. The effort, however, proves to be vain as they lack a conceptual framework within which accurate and comprehensive knowledge of the situation can be acquired and which diagnoses can be made and expressed. The language they end up using is so impotent and disjointed that to stand balanced it has to rely on loudness of voice, fits of passionate anger, denial of difference, claims of exclusivity, threats, fear, hatred, and accusations of heathenism and secularism which are, for them, reasons enough to justify excommunication which, in turn, justifies exclusion from the community and in several cases the enforcement of capital punishment without trial or due process.

Furthermore, it seems that their understanding capacities have been mesmerized by experiences in other parts of the world under whose spell they have fallen and which they would like to duplicate in Morocco. That some of these experiences have aborted and ended in bloodshed and social chaos, that others are being transformed into actual dictatorships and totalitarian régimes and, that their model is as open as can be about its hegemonic intentions does not seem to bother them at all. Perhaps, have commented some observers, it is part of their hidden agenda to deliver the country to new masters and force it into submission to a new form of religion motivated and justified imperialism.

As it became clear to the top leadership of the party that they will be unable to regain the voices that had brought them to power and to close the gap that had been widening taking them farther away from their immediate competitors, their communication and their sociopolitical behavior became more belligerent and the impact of their policies become on practically all the socioeconomic classes of the country became more painful. They witness, helpless, the thinning of the support of the lower and middle classes and the most conservative layers of the society on which they had found surfing so exciting and which they believed had become a vehicle definitively under their control. And this is driving them out of their minds and reveals the irrational nature of their whole project and the threat of social concord they can cause the country.

In fact, the party disappointed its most loyal supporters on all the counts it had run on. Economically, it was unable to deliver the improvements of the standards of living it had promised and the purchasing power has dropped as never before. Socially, their performance in education and health were catastrophic ending with conflicts with teachers and medical doctors, pregnant women delivering in the corridors of hospitals, worse in the streets, high school classes of seventy pupils. To add to their growing list of failures, the unemployment rate skyrocketed, families splitting due to economic reasons reached alarming heights and unfair retirement plans were adopted against the collective will of all stakeholders and in compliance with the requirements of foreign financial institutions.

Financially, neither the country nor the citizens have ever been so much in debt. The final straw, however, came from the moral scandals and corruption rumors that stained the religious virginity on which the party had constructed and sold its image. Key figures of the ideological leadership of the party, and specifically those who were in charge of selling the image of purity, innocence, moral probity and religious righteousness to the people were caught fornicating in a car.

Likewise, several other religious figures were involved in child rape and adulterous relations inside mosques. For a party that presents itself as the spearhead of morality and that had campaigned against what it had qualified as immoral practices in society at large and specifically in the administration and the government, these were fatal blows. In a majority Muslim country, nothing is worse for an Islamist organization. Adversaries were quick to capitalize on what they present as the hypocrisy of the party, its lies to the people and its corrupt nature.

In an attempt to invert the tide, the party made a presumptuous move and chose candidates from the most radical stuff of its stock. A case in which many saw a lot of impudence is a candidate who has hardly completed high school and whose culture is limited to fundamentalist ideology. Furthermore, he holds anti-Semitic views and expresses them openly equating Jews to multi-headed serpents and to hogs who deserve but extermination. This is just one example to illustrate the radicalization of the trend the party has been following, on the one hand, to collect votes from the most conservative, illiterate and uneducated layers of society as well as from those who need scapegoats to accuse for their poverty and for the poor socio-economic conditions of the country and, on the other hand, to intimate the threat to the whole society as well as to the Monarchy that the party can apply pain whenever it decides to or should it be hindered in achieving its hegemonic plans.

The Head of the Government himself began using a more radical and threatening discourse than he had ever used. In a speech he made in front of the youth of the party, he implied that the coming elections might call for their sacrifice and that everyone should know that should it take blood and death, they should be ready to accept it as in them it would be the path to heaven.

Everyone heard an explicit invitation to be ready for violence in this speech. While many have seen in this a turning point in the sociopolitical behavior of this party, others have seen in it but the disclosure of one of the many hidden aspects of its long term agenda and signs of its true ideological affiliations. Moreover, his reference to the most prominent opinion leader of Salafism and fundamentalism insisting that there is no way he can be forgotten or allegiance to him dropped has been decoded as a further call to order and as a direct threat to the consensual religious stability of the country and the authority of the Monarchy.

The ire of the party increased as more objective indicators of its losing ground were confirmed by the loss of several constituencies in the partial elections for the second chamber early September. These results challenge the dominant electoral sociological theory that this Islamist party is about the only one with a stable, reliable and constant casting pool in Morocco.

In any case, the electoral stock is being eroded and the party is aware of that. This explains why the party has adopted three attitudes. One, to go fetch votes among more radical populations. Two, The party is also aware that not only is every vote not cast is one less against it, but one in its favor. This must be why the party has been tacitly supporting, through its various ad hoc organizations, wings and arms, the boycott of elections among the potential voters of adversaries as well as among those former aficionados disappointed with it. One currently urgent concern of the party is to avoid the transfer of disappointed votes to adversary parties. And, three, launch an enticement operation within the poorest populations through substantial gifts such as those that were distributed allegedly at the occasion of Sacrifice Day. Some have smelled in the operation the stink of corruption, double-dealings, bribery and purchase of votes.

The official campaign is a few days away and all indicators promise further tightenings of the discourse and more openly antagonistic and virulent attitudes of this party while the others are still at a loss and apparently unable to mobilize and oppose to it as offensive strategies as it opposes to them.

The question remains, what chances against a discourse highly charged with hatred does one have that is essentially or totally asepticized?