Fez - In a video posted on YouTube, a Moroccan woman who claims she was enticed to Saudi Arabia for sexual slavery, desperately narrates her story of rape, torture, and imprisonment after arriving in Saudi Arabia to work as a domestic servant to provide for her daughter in Morocco.

Fez – In a video posted on YouTube, a Moroccan woman who claims she was enticed to Saudi Arabia for sexual slavery, desperately narrates her story of rape, torture, and imprisonment after arriving in Saudi Arabia to work as a domestic servant to provide for her daughter in Morocco.

The video which went viral on social media shows a woman called Lamiaa Moatamid entreating King Mohamed VI of Morocco to intervene in her case and see that she gets justice.

According to the woman, the story started when the alleged rapist with whom she had communicated via social media promised her a job in Saudi Arabia. When she arrived, she claimed she was forced to marry him under the threat of never being able to return to Morocco if she refused him.

Moatamid describes her revulsion at her husband’s abuse when he invited his friends to the home to have sex with her along with other women.

She recounts on the video that when she refused to have sex she was verbally and physically abused, and thrown out of the house.

She goes on to claim that she was subsequently raped and tortured by her “husband” and his friends later during Ramadan.

She says that she reported the rape to the authorities and also went to the Moroccan Embassy to ask for help, but when the Embassy staff asked her to give up the case in exchange for her Moroccan passport she was shocked.

Moatamid said that she was sent to jail after the investigation as she did not have anywhere else to go in Saudi Arabia. She was also committed to a center for psychiatric care for fifteen days for refusing to give up her case.

After a trial, which she says lasted approximately one year, she was sentenced to two years in jail.

Moatamid, who claims to have proof of her accusations including audio recordings, asked for help from the King of Morocco, asserting that she will be in danger of torture after posting the video. Her only wish is to die, she said, but her daughter’s welfare is at risk. 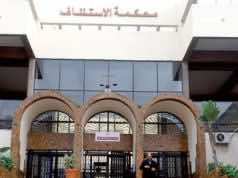 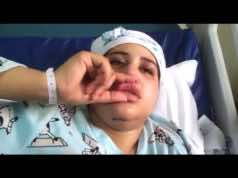