Rabat - Great Britain’s ambassador to Saudi Arabia has made clear that his religion is Islam. 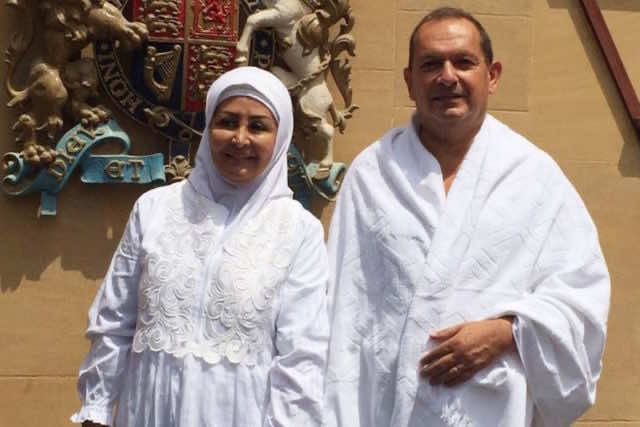 Rabat – Great Britain’s ambassador to Saudi Arabia has made clear that his religion is Islam.

Simon Collins, who has spent his diplomatic career in Islamic countries, may have been the first British diplomat to perform the Hajj rituals.

Collins had converted to Islam in 2011 before marrying his wife, Huda Majarkesh, of Syria and “after spending 30 years in Muslim societies.”

Both Collins and his wife, Huda, performed the Hajj.

Collins has been posted to Riyadh since 2015 after leaving Syria where he represented England until the civil war intensified in 2012. He has also worked as the UK’s Amhassador to Qatar and part of the diplomatic corps in Bahrain, Tunisia, India, Jordan, and Dubai, reported RT.com.

The East London Mosque told the Times they hoped Collins would be “able to share his recent experiences from the Hajj with his non-Muslim colleagues at the British embassy.”

Islam is the second largest religion in the United Kingdom. The 2011 census puts the number of Muslims in Britain at 2.7 million of 4.5% of total population.

One of the best know British Muslims is Muhammad Marmaduke Pickthall whose father was an Anglican clergyman.   Born in 1875, Pickthall’s translation of the Quran in 1930 is still widely used. Like Collins, Pickthall spent a considerable amount of his life in the Islamic world; especially Damascus, Syria.

Now with the title of “Hajji”, there is speculation that he will now be addressed as Ambassador Hajji Collins in all diplomatic correspondence.