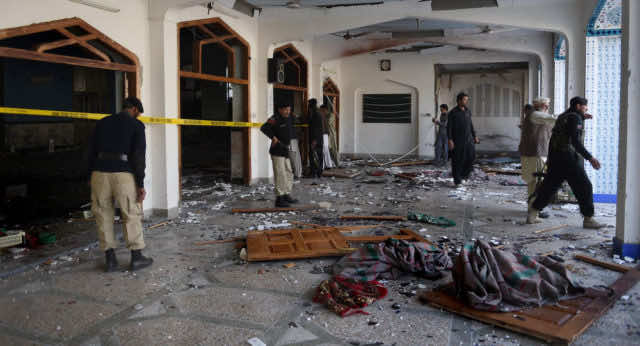 Rabat – As many as 23 people are dead and numerous others are wounded during Friday prayers in the tribal district on Mohmand in Northern Pakistan.

Whilst attending Friday prayers in a mosque located in the northwestern village of Anbar Tehsil, 23 worshippers were killed whilst various others were wounded in the attack.

According to the news agency Reuters, that the bomber shouted ‘Allahu akbar’ (God is greatest) before detonating himself. Eyewitnesses further reported that the majority of casualties came after part of the mosque collapsed in on the worshippers.

Responsibility for the attack is yet to be claimed, but it is known that the Pakistani Taliban attack targets such as schools, mosques and courts.

Pakistani Prime Minister, Nawaz Sharif, has come out and condemned the attacks and further reinforced the country’s commitment to combatting terrorism.

In June 2014, the army launched an operation to rid the country of its armed group located in the northwestern region. Since such initiatives, security in the country has improved, with terrorist incident dropping from 125 in 2014 to 74 in 2015.

The country has struggled with terrorism for many years and with the rise of ISIL (the Islamic State Iraq and Levant), groups have started pledging their allegiance to them. Last month in the city of Quetta, 74 people were killed in an attack against the regions lawyers, claimed by ISIL.