Rabat – Speaker of the House of Advisors (upper house), Hakim Benchamach, called for the setting up of a Moroccan-Chinese Parliamentary Forum to promote dialogue between parliamentarians of the two countries and strengthen bilateral relations. 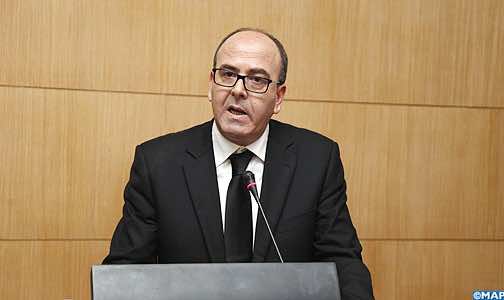 Rabat – Speaker of the House of Advisors (upper house), Hakim Benchamach, called for the setting up of a Moroccan-Chinese Parliamentary Forum to promote dialogue between parliamentarians of the two countries and strengthen bilateral relations.

This came in a meeting, Monday in Rabat, between Benchamach and visiting vice president of the National Committee of the Chinese People’s Political Consultative Conference (CPPCC), Du Qinglin.

On this occasion, the Moroccan official stressed the importance of friendly relations between Rabat and Beijing and the strong ties between the Moroccan Parliament and the CPPCC.

He also hailed the role of China in promoting peace and international security and in strengthening development and partnerships at regional and continental levels, mainly through Arab-Chinese and Afro-Chinese cooperation Forums.

Benchamach also welcomed China’s stance vis-à-vis the Moroccan Sahara and its support for Morocco’s efforts to find a just and consensual political solution to this artificial regional conflict.

For his part, Du Qinglin praised cooperation relations between the Moroccan House of Advisors and the CPPCC, welcoming the idea of setting up a Moroccan-Chinese Parliamentary Forum and expressing his country’s readiness to boost relations with Morocco in all fields.

The Chinese official also hailed the outcome and the role of King Mohammed VI’s visit to Beijing in building confidence and establishing a comprehensive strategic partnership between the two countries, noting that Morocco is an important partner for China in Africa and the Arab world.

He also said that his country supports Morocco’s efforts to build a unique development model in an unstable regional environment to promote peace, security and stability around the world.