Rabat - A march against Benkirane yesterday in Casablanca stirred controversy in Morocco. 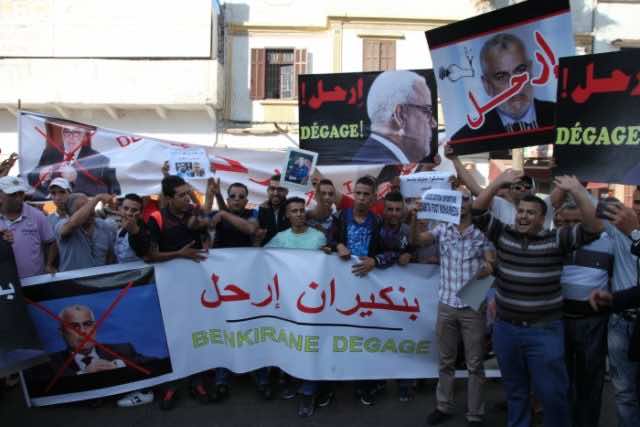 Rabat – A march against Benkirane yesterday in Casablanca stirred controversy in Morocco.

The march that took place on Sunday, September 18 has been dubbed “the unknown march,” since no party has yet claimed responsibility for it. Its main objective was to document a popular uprising against Benkirane, the Moroccan Head of Government and Secretary General of the Justice and Development Party (PJD), just few weeks before Election Day.

Even when the march was underway, Moroccan social media users denounced the march and accused certain entities of plotting an undemocratic set-up to weaken Benkirane’s PJD, instead of allowing honest competition in the election polls.

A number of viral videos show demonstrators being asked about the content of the banners they waved and the slogans they chanted. Other videos that confirm this theory show demonstrators from other cities cursing those who brought them to protest because they had been deceived in being told that the march was in solidarity with a Moroccan expatriate in Saudi Arabia who was victim to rape and imprisonment.

The popular condemnation of the march was paralleled with public figures’ discontent with the tactic and the shameful level of politics in Morocco.

Taoufik Bouachrine, the director of the Moroccan daily newspaper, Akhbar Al Yaoum, compared the anti-Benkirane march that came a few weeks before the election to someone complaining of celibacy on their wedding night, and noted that the march produced reverse effects.

The Editor in Chief of Tajdid weekly newspaper, Hassan Bouikhif, said in a Facebook post: “The authority of ‘control’, the party of ‘control’, and the institutions of ‘control’ have treated civilians like children. They exploited their sense of patriotism and love for the king…they transported them in private and public vehicles to Casablanca, only to discover they were victims of a huge trap.”

PAM, which received the greatest portion of criticism, said through its spokesman that it did not orchestrate the march.