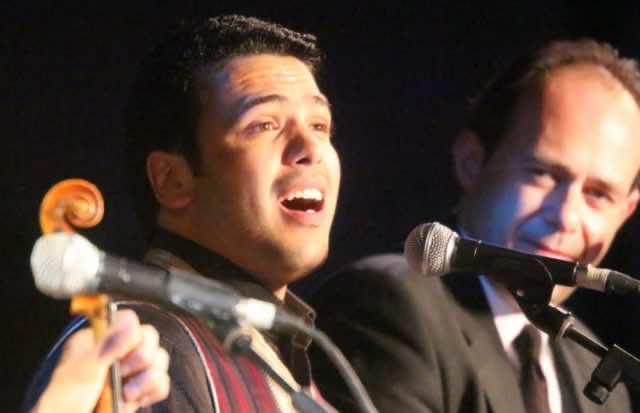 The Fez-born star is set to perform in the capital of England during the Barbican’s Transcender festival taking place at Milton Court Concert Hall from  September 29 to October 2.

Being born in the spiritual capital of Morocco to a Sufi family, Hajji had the right conditions surrounding him to pursue his dreams. He devoted himself diligently to his art and through his efforts he has now become one of the most famous anasheed artists in Morocco. He has performed for various Sufi brotherhoods throughout Morocco and after winning a national prize in 2007, he has been travelling and performing throughout the Middle East. He is often referred to as an ambassador of sacred music and has come to be one of the greatest talents of this generation.

His work is a vehicle through which Sufi worship is conveyed in a beautiful and melodic manner. With the help of traditional Moroccan percussionists, Hajji’s shows are a delight to the ears, whilst his enchanting voice enraptures the heart.

This is not however, Hajji’s first performance for the Barbican, following the great success of his appearance as part of “The Ecstatic Journey” event in 2011, he has been invited back on account of his popularity. His Sufi songs are taken from the Arab-Andalusian tradition. For his upcoming show in London he is accompanied by the Master Musicians of Jajouka, led by Bachir Attar.

Hailing from a small northern village near the Rif Mountains, the Master Musicians are well known for their orchestral talents. Not only are they known throughout the MENA, they have inspired many western musicians also such as: Brion Gysin, Paul Bowles and The Rolling Stones.

The combination of Hajji and the Master Musicians are set to open the Transcender festival this year. The weekend-long annual festival is devoted to showcasing traditional devotional global music, connecting various art forms and spiritual practices. It celebrates the talent of dedicated musicians from around the globe.