Rabat - the efforts Morocco makes to promote women's rights make the country a model in the region, said deputy secretary general for the Union for the Mediterranean (UfM) Delphine Borione. 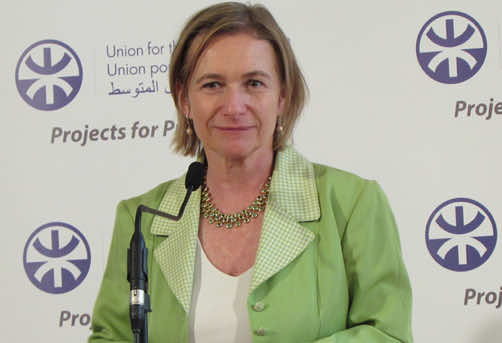 Rabat – the efforts Morocco makes to promote women’s rights make the country a model in the region, said deputy secretary general for the Union for the Mediterranean (UfM) Delphine Borione.

Moroccan women made huge achievements with the adoption of the family law and the launch of man-women equality government program “IKRAM”, in addition to other sectoral policies seeking to promote those rights, Borione told MAP on the sidelines of her participation in the the meeting of working groups on the fight against gender-based stereotypes through education and culture, violence against women and gender-based violence, held under the regional dialogue on women empowerment, launched at the UfM initiative.

Aware of the pressing need to include women in social development and the fight against regional challenges, Morocco put the promotion of women’s situation and gender equality at the heart of its reforms, the official said.

In this regard, she insisted on the need to reinforce legislative measures and give concrete substance to commitments made at the political and sectoral levels, in addition to developing regional partnerships and sharing experiences with countries of the region.