New York - Two Italians and a Canadian were driving down a road in Africa one morning... 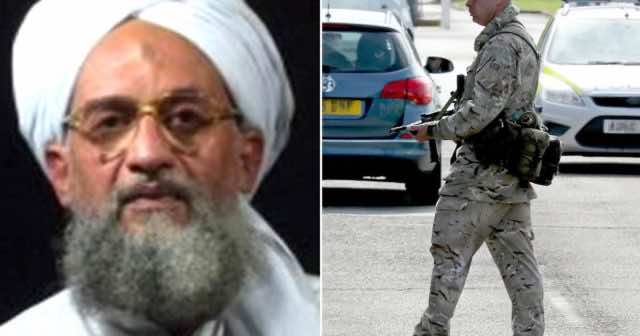 No this is not the beginning of an ethnic joke. It is a story about abduction, ransom and the trafficking of men which has built an underground economy destabilizing Africa.

Yes, two Italians and a Canadian citizen were abducted on a road near the Libyan city of Ghat, close to the Algerian border.

Bruno Cacace, 56, and Danilo Calonego, 68, and a Canadian man named only as “Frank”, were threatened and abducted last week.

The three Westerners were engineers working for construction company CON.I.COS and just arrived from Tripoli via plane.  Their driver was uninjured and was not taken by the armed assailants, said a statement by the municipality of Ghat.

Ghat Municipal Council Koumani Mohammed Saleh said the abductions were “unprecedented” and “the abduction of the engineers was carried out by a small outlawed group.”

He also said that officials are working on securing their release and in no way is Al Qaeda or terrorists involved in this abduction.

Ghat may want to protect its reputation, but many terrorism experts speculate that Bruno, Danilo and “Frank” are in the hands of Al Qaeda in the Islamic Maghreb.

Ahmed al-Mismari, the Libyan National Army’s spokesperson, said on Tuesday that the abduction of three foreigners in Libya bore the marks of an al-Qaeda operation.

“We’ve been warning all expatriates who work in south Libya for the past month of a greater risk of abduction and attack in the region,” a security source told Middle East Eye on condition of anonymity.

But Libyan and Algerian security sources, who were contacted by MEE, said: “This region is a well-known hang-out for men from AQIM (al-Qaeda in the Islamic Maghreb), especially Mokhtar Belmokhtar’s men.”

Loretta Napoleoni’s latest book, Merchant of Men, provides insights into the inner workings of AQIM and the use of abduction to gain ransom money to support their nefarious and violent operations.

Napoleoni specifically names Mokhtar Belmokhtar as one of the most successful “merchants of men” and recounts the story of his first kidnapping of 32 Europeans in 2003 in northern Mali.

“When the European countries paid €5.5 million for the release of their hostages, Belmokhtar used part of the ransom money to fund AQIM,” writes Napoleoni.  “After that, a plethora of small criminal and jihadist groups, including the GSPC, joined the new organization.”

AQIM and “merchants of men,” like Belmokhtar, provide even a small outlawed kidnapping group access to secure top dollars for the foreign abductees.

“We are aware of the troubling yet unconfirmed report of the abduction of a Canadian citizen in Libya. We are diligently pursuing all appropriate channels,” said Global Affairs Canada spokesman Michael O’Shaughnessy.

The Italian foreign ministry has also acknowledged the abduction of two of its citizens and is working with Libyan officials to secure their release.