Rabat - Hypocrisy is eroding our modest morals and debasing most of our honest Moroccan foundations. It becomes very difficult to tell the truth about oneself but easy to be judgmental. 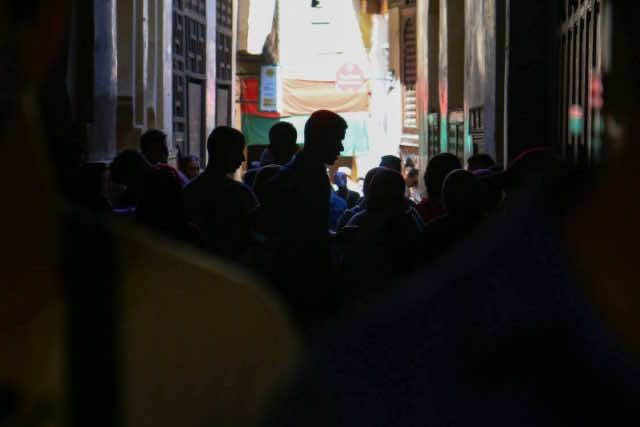 By
Zineb Raji
-
Zineb Raji was born in Azrou, Morocco and obtained her bachelor degree in International Studies with a minor in Communication Studies from Al Akhawayn University in Ifrane.
Sep 25, 2016
Spread the love

Rabat – Hypocrisy is eroding our modest morals and debasing most of our honest Moroccan foundations. It becomes very difficult to tell the truth about oneself but easy to be judgmental.

Many of us have developed this insatiable appetite for judgment, wearing multiple masks as the situations necessitate.

In fact, we are interacting in masks, and subscribed to a very shallow stratum of thinking. We strive to show how right, generous, honest, selfish, bright, fair, potent we are, we can do anything better than anyone. By playing this role, we imprison ourselves within the confines of these values that we create and we believe we are. More precisely, we are in constant fight to fit in and we want to look the best in the eyes of others because we judge others and so we are judged, we criticize others, and so we are criticized, and we measure others, and so we are measured. We tell lies with all colors; we modify the truth or influence cunningly decisions to be in our favor. We are no longer communicating, but acting to keep this mask flawless, as well as this sense of superiority.

It all starts at home as some parents’ actions don’t reflect the attitudes and beliefs they pretend to have. To their children, they make promises they don’t keep, they procrastinate, lie, cheat, etc. While having these big inconsistencies, parents try to order the lives of their children by advising them good manners and telling them to do what they themselves don’t. This gap between what parents say and what parents do makes little to no sense in the eyes of their children implanting, at very early stages, the seeds of disorder, inconsistency, and hypocrisy.

By childhood, home has already paved half way for this behavior to be installed as one of the basic disorders of a big score of Moroccan families. Children themselves become do as I say and not as I do, they disguise facts to avoid punishment and even lie to get something that they desire.  The whole process is not intentional but it becomes so easy although the outcomes are of serious nature as they pervade all aspects of life.

In similar manner but different contexts, religious people, politicians, and businessmen are amongst individuals who promote selfish and good values of serving others for the sake of collective good, but little of their actions prove consistency with their promises and commitments.

How to differentiate between a hypocrite and a non-hypocritical person? Unless exposed, and if the mask is perfect and flawless, they are both the same and nobody can possibly recognize the hypocrite from the non-hypocrite, expect himself.  What is dangerous is that a clever hypocrite is ascribed intelligence and slyness which are more popular than true virtues of honesty and modesty, which are put on the corner to rust as they are regarded as old fashion.

While it is a very shortsighted thinking, this is what seems to be guiding our everyday relationships that have been weakened by some fake and superficial modalities that take money, and appearances as the main standards to value the Moroccan being. This has given rise to violence, envy, hatred, backbiting, swindling, cheating, corruption, and other unwholesome behaviors, which are taking deep root in our society.  Our ability to see people genuinely, to be compassionate, to feel their pain and happiness, and to be helpful, has been crippled and blinded by false self-made concepts of others. Nobody should trust the other, nobody should believe the other, we are on constant guard and alert that the other is evil and so we defend ourselves before being attacked.

Gradually, we become as marionettes pulled by strings of desire to get something and fear of losing something. We lack confidence in ourselves and others and we all fall prey to hypocrisy as we impose some precepts on others that we ourselves fail to live by. We justify that everybody else is a hypocrite and so; it does not harm to melt into the system and become one.  We quickly condemn others without taking time to understand their motives and prospective wallowing in ignorance by magnifying others’ troubles or what seems to be unethical action. It suffices to find a scapegoat to blame over and over again to boost our sense of superiority and righteousness.

While evidence is expansive, some of the dynamic and reasons behind hypocrisy are subtle and not straightforward as they can be traced back to the quality of parenting in childhood. The physical or emotional absence of parents, besides their inadequate awareness of the impact of their actions and words on their child is one of the main primary reasons. At school which could lack these basics in its curriculums and teachers, who might also lack proper and solid training, feelings of insecurity, rivalry, exploitative attitudes and individualism are nursed, harbored, and fortified in children.  TV is another source that feeds hypocrisy as we laugh out loud and give credits to intelligent hypocrites on TV programs. Likewise, in politics, at work, and so on, we pay hypocrites respect and prestige.

It is becoming a way of life for some people but a way of death to their morals, it is passed down to children, who in their turn find sophisticated ways to excel in it and root it deeper and deeper into our society. When it is entrenched in society, it becomes a serious crisis that is conducive to detrimental impacts at individual and collective levels. As they have been passed down from one generation to another, these habits will take as much time to uproot with the appropriate methods, analysis and more importantly awareness of the detrimental effects of such behaviors.

Unemployment, poverty, illiteracy, corruption, all exacerbate hypocrisy feeding its hunger to get bigger and bigger to destroy all it could come across. While all these social problems have come to existence by hypocritical individuals, the non-hypocrite individuals can at least diminish them. In addition to leading by example in this country, criticism that is constructive including self-criticism can allow people to connect honestly with each other. In the same way, intellectual debates about this issues and scientific research is also important to build solid cornerstones and find some remedies to this social ailment.

In every field of life, including economic, social, and political, there is a need to produce objective standards and provisions combating the old corrupt style and mindset that in return will produce a new mentality and new blood of trust and faith in us, in others, and in institutions. Once we build the correct mindset, we can build the Morocco that we have always dreamed of. Granted it is difficult, but not impossible. And the best we can do is to start with ourselves and set the example.