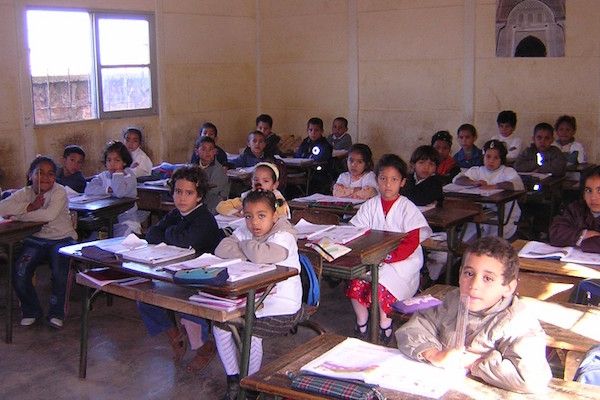 The choice of this register reveals how this discourse assimilates humans to quantifiable and manageable resources good only to fuel sociopolitical and economic schemes. Maybe these words are also central in other places, maybe have they even been purchased or borrowed from others to cope with the sudden infertility of our mind and imagination or to avoid that they gain in fertility.

Maybe have they been smuggled into our system after some of us had understood that the terminology sifted from cybernetics, medicine and surgery tired out and exhausted its power trying to convince us that all the failures of the chain are our own. Maybe have they just been picked up after their shelf life had expired and they were disposed of in conceptual waste dumps in their homelands…

The human being in this conceptual frame is, therefore, a commodity that can be produced, controlled, used to produce other products, coupled or combined with other resources not necessarily of its own nature, consumed, traded, stored, managed, and discarded, etc… In this dimension, education, including language education which is of most interest to me here, is a means of designing the product, framing it, scaling it, upgrading it, making it capable of digesting other ones and contributing to their transformation and integration in the production process and able to.

Although essentially immaterial in nature, the most decisive components in the supply and value chains of making this product and of making it fulfill the tasks specified for it are also subjected to quantification and measurement which. They include impressions, feelings, emotions, passions, convictions, dogmas, attitudes and perceptions of reality all of which are remote controlled upon request and demand.

There has been, for example, attempts to measure happiness and wellbeing. Defining them in such ways as to measure them confirms also that they, too, are assimilated to services and goods and that they can be treated as not only immaterial. As goods and services, they can be produced, promoted, subjected to advertisement campaigns, sold, exchanged, consumed, expire, etc.. But not only, they can also be possessed and like any other possessions, they can be monopolized, distributed unequally, be transformed into privileges to sanction behaviors rewarding or punishing them, be discarded and disposed of.

Possession of both and either is, however, ephemeral as they can be modified, withdrawn, recovered or confiscated reverting former owners to states of depression, burn out, unemployment, cognitive puerility, homelessness, broken families, and often to suicide. Cases are not rare of persons ending in social vulnerability, economic hardship and suicide who had invested in a craft and/or in a language or aspect of a language that have unexpectedly become obsolete and lost their currency. Cases of whole countries experiencing a similar shift in status for the same reasons are not rare either.

The spell of the pseudo scientific quantitative approaches grounded in statistics and projection models should, therefore, be dispelled and let go of minds. Intelligence has to be weaned from the inherited dependence on colonial and post colonial ideological discourses. Man cannot be reduced to a quantity, neither to a subject nor to an object, neither to a resource to be used nor to one to be consumed.

Man is at the center, is the initiator, the producer, the user, the consumer, the one who counts, the one who is responsible for creating and enjoying happiness and who deserves wellbeing. Any activity that does not confirm and contribute to this principle is manipulation and alienation and not education.