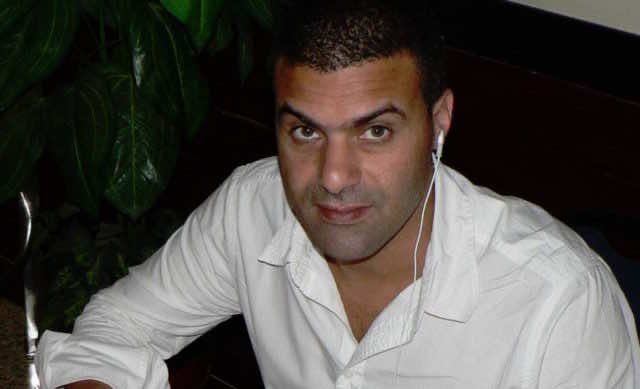 Not long after Jordanian author was gunned down while leaving the courthouse in Jordan, Moroccan caricaturist, Khalid Gueddar, shared the cartoon that caused Nahed Hattar to be arrested last August, and subsequently killed by an extremist last week.

The cartoon shows a bearded man in bed with two women in heaven while “God,” impersonated as an old bearded king, opens the entrance of his tent and asks if the man needs something. The bearded man gives “God” a number of orders before he asks Him to knock on the door next time.

Although the caricature criticizes the extremist’s perception of heaven and the afterlife, it stirred uproar in Jordan and other Muslim countries, for it involves a degrading depiction of God, which many Muslims consider provocative.

Gueddar reposted the cartoon along with a caption containing a quote of a Charlie Hebdo caricaturist, who was assassinated in the Charlie Hebdo Attack in 2014:

“I do not feel like I kill someone with a felt-tip pen. I do not put lives in danger. When the activists need a pretext to justify their violence, they always find it”

Asked about the reason why he reposted the cartoon, Gueddar told Morocco World News that he did not agree with it, but merely posted it to show his Facebook friends the cartoon that caused the death of the Jordanian author. Immediately after he posted the cartoon, the Moroccan caricaturist began receiving threatening private messages.

In another Facebook post, Gueddar posted a threatening Facebook comment he received from a user named Tariq Ziyad, saying, “May Allah’s damn you, I swear that your destiny is slaughter and killing, you enemies of God.”

Gueddar wrote a caption saying that the he considers the comment an “outrightthreat” and a call for assassination. He also called on  Moroccan authorities to protect him from such people.

Gueddar told Morocco World News that he regards the comment as a real threat until proven otherwise:

“If one individual threatens to kill, he’s encouraging other people to actually kill. This will scare intellectuals and artists.”

Gueddar went on to add that he reported the incident to the police and revealed his intention to prosecute the person who threatened him.