Rabat - A Moroccan preacher has come out with a fatwa (ruling) authorizing Muslims to skip the Friday prayer on Election Day on October 7. 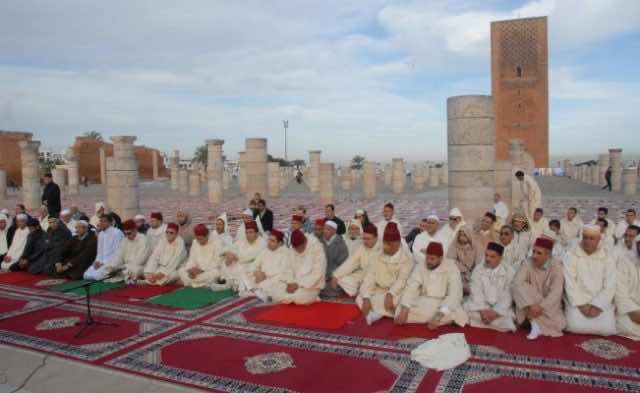 Rabat – A Moroccan preacher has come out with a fatwa (ruling) authorizing Muslims to skip the Friday prayer on Election Day on October 7.

Mohamed Boloz, a Moroccan preacher and member of the International Union of Muslim Scholars, has authorized giving priority to voting on Election Day over Friday prayers, since that day will have a “great impact on the lives of the Moroccan people.”

Boloz’s article, which  was published on the Moroccan news website Hespress,begins by highlighting of the significance of Friday for Muslims:

“Friday is specific to this nation, and is Islam’s most important day. It is one of the best days after Arafat and the feasts. There is no dispute among scholars in the fact that the Friday prayer is an obligation for every Muslim,” says Boloz.

The scholar quotes the Quran and the Prophet’s statements that confirm that the Friday prayer is requirement for all adult Muslim men. He also cites the efforts of previous governments to allow employees and students to attend the Friday sermon.

Furthermore, Mohamed Boloz raises the problem that Election Day falls on Friday, and mentioned that observers and responsible committees should not leave their offices and go to mosques for fear of manipulation and falsification.

The scholar also points out that Muslim scholars have delved into the three acceptable justifications for missing the Friday prayer. These are “travel, sickness, and fear.” Focusing on the element of fear, Boloz says that if a Muslim fears for his money from injustice or theft at prayer time, he can skip it.

After laying this theoretical basis, the scholar presents his ruling:

“I say: this [fear as an acceptable justification for skipping prayer] is at the individual level, let alone the fear related to the community, the common interests, and the budgets of ministries and people […] There is no doubt that authorization is needed. One is allowed to skip the Friday prayer on Election Day and make Dohr prayer.”

Mohamed Boloz continues that the political sphere has a tremendous effect people’s religion, values, education, health, and so on, and reminds that the fear of manipulation and falsification is a “legitimate excuse” for skipping the prayer.