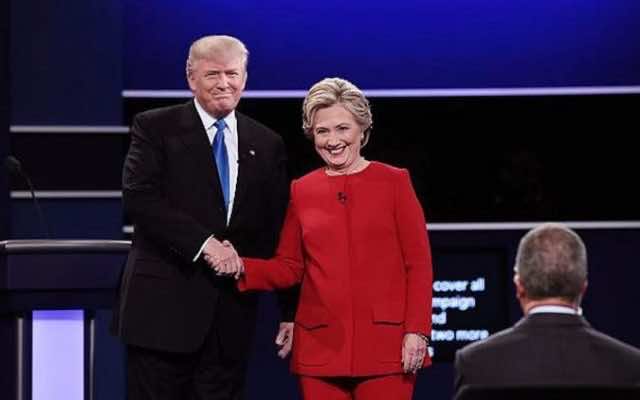 Rabat – With the spectacle of an election, the first United States presidential debate has been a highly anticipated event not only in the US, but also around the world.

With both candidates essentially polling in a dead heat, this debate is more important than ever after the lengthy and taxing nomination process. Hosted by Hofstra University and moderated by Lester Holt, Hillary Clinton, the Democratic presidential nominee, and Donald Trump, the Republic presidential nominee, took to the stage at 9pm EST.

The first segment of the debate focused on economics, specifically job growth in the US. When asked how they would generate job growth in the US, Clinton responded that she would focus on raising minimum wage, increasing paid family leave, closing corporate loop holes and ending gender inequality in the work force. Trump honed in on the fact that jobs are leaving the US. He stated that he plans to increase international trade by renegotiating many of the US’s trade agreements especially NAFTA, the North American Free Trade Agreement.

Clinton proceeded to describe Trump’s economic platform as “Trumped Up Trickle Down” economics that only benefit the wealthy. Towards the end of this segment, the undeniable tensions between the two candidates came to light with Trump attacking Clinton’s lack of action in Congress and Clinton asking America to really think about who they want representing their country.

The next segment concentrated on taxes and each candidate’s tax plan for the US. In short, Clinton said she wants to raise taxes, particularly on the wealthy, and Trump said he wants have the biggest tax cuts since Ronald Reagan. Clinton claimed the Reagan tax cuts were one of the reasons for the current financial plight and inequality in America. The two candidates came to a head during this segment with Lester Holt and Hillary Clinton reiterating the fact that Donald Trump has not yet released his tax returns. Clinton hinted that Trump might be hiding something, like he may not be as wealthy or charitable as he claims.

Trump hastily interrupted her saying, “[he] will release his tax statements when she releases her deleted emails”. Clinton admitted the emails were a mistake and shifted the conversation towards the fact that Trump does not appropriately pay his employees. Trump claimed this was a frivolous statement and proceeded to discuss his successes as a businessman.

After a very heated tax segment, Lester Holt directed the debate towards the current division in the US and how each candidate would improve race relations. In a moment of clarity, both candidates agreed on the fact that the country needs to restore trust between law enforcement and the community. Clinton called for criminal justice reform and gun control.

Trump went on to state that America needs law and order and this would be achieved by reinstating “frisk and search”. Clinton responded that this does not work and people are implicitly biased. Again, while discussing gun control, Clinton and Trump agreed on something. They agreed that people on the no fly list should not be able to purchase a gun. Holt then asked Trump about his recent acknowledgement of President Obama’s birth legitimacy. Trump asserted he supported Obama’s birth legitimacy back in 2011.

From there, Holt shifted the debate towards national security. First, Holt asked each candidate about cyber security and how America should defend against it. Clinton claimed it is an unquestionable growing concern and the US should focus on protecting all of its online assets. She also brought up the statement from Trump about inviting Putin and Russia to hack her email and the importance of word choice for a presidential candidate. Trump reacted by drawing attention to the recent Democratic National Convention hack that exposed Bernie Sander’s campaign exploitation by the DNC.

The discussion then moved onto ISIS with Trump stating Obama and Clinton created a vacuum in Syria, allowing for the rise of ISIS. Trump also attacked Clinton’s public access on her website that describes her plans to defeat ISIS. Clinton responded by asking Trump to produce a plan to defeat ISIS. Holt then proceeded to change the topic from international to homegrown terrorism and how each candidate would deal with it.

Trump stated the US should have taken control of the oil fields in places like Libya to cut off the funding for ISIS, which he stated would have ultimately ended ISIS before it became an issue. He also stated the US needs to increase its online presence since ISIS is utilizing technology to reach sympathizers all over the world.

Clinton discussed how the US should strengthen its relations with foreign allies to share information related to terrorism and take out the head leaders of ISIS. Going off of Clinton’s foreign allies remark, Trump claimed the NATO, North Atlantic Treaty Organization, pact needs to focus more on terror and that most of the participating countries do not pay their fair share. Clinton responded by saying every country in NATO promised to support the United States in Afghanistan after 9/11 and she would continue to keep these strong foreign relations.

In the final segment of the debate, Holt kept the discussion on national security and focused on nuclear weapons. Both candidates acknowledge the danger of nuclear weapons. Trump claimed he has a better temperament than Clinton and does not support a first strike yet the US should update its weaponry. Clinton, again, reiterated the importance of word choice and she would honor all of the US’s mutual defense treaties. Both candidates went head to head on the recent Iran Deal, with Clinton supporting it and Trump opposing it.

Ultimately, this first presidential debate was an intense 90 minutes highlighting some of the most important and current issues the US faces. Though both candidates clearly came prepared, Hillary Clinton seemed more poised and presidential. Donald Trump was continuously interrupting both Clinton and Holt, which came off as unprofessional and actually hindered his opportunities to explain his plans if elected president. It will be interesting to see how this debate affects the polls and what happens between now and the next debate on October 9th at Washington University in Saint Louis, MO.