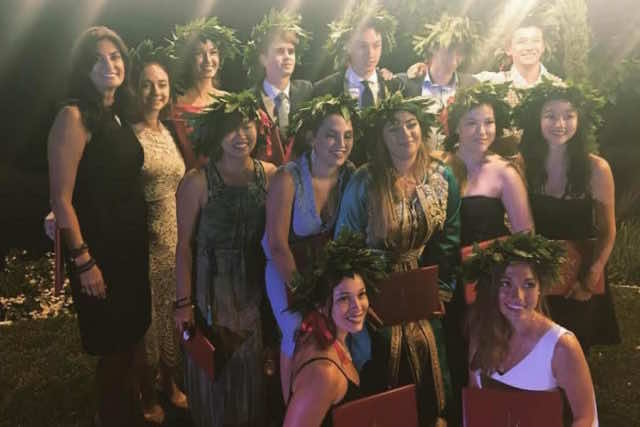 New York – As a kid growing up in Morocco, I had a very comfortable life thanks to my parents. I was privileged enough to attend private school, which I had joined at the tender age of two.

From the day I was born, my path had already been traced in the eyes of society and my close-knit family. The plan was for me to go to school, get good grades, graduate high school with a science oriented baccalaureate and a ridiculously high G.P.A. As my father held me in his arms for the very first time and gazed into my new born eyes, he could not foresee that a rebel to the old-fashion educational system would put an end to his perfect plan. This rebel is known as THINK Global School.

When I first found out about THINK Global School (TGS), it seemed extremely surreal. I could not get myself away from the computer. As I read their motto, “Don’t teach me what to think, teach me how to think,” my mouth became as dry as dust. I sensed a jolt of excitement and could not wrap my head around all the information displayed on the website. My whole life I dreamed of a school that defied the traditional rules of education. I dreamed of a school, which allowed me to find my passions and most importantly pursue these passions. I dreamed of project based learning and lessons beyond the edges of a textbook. I dreamed of TGS –a place where students immerse themselves within their host countries to live and learn about cultures first-hand across the globe.

Upon my acceptance at TGS, my departure left some of my family members surprised, as they questioned my parents’ ‘rational’ decision. To some, I was biting off more than I could chew and to others I had just ruined my whole future –but to me, it was the best thing I could have ever done for myself.

Argentina was my first term at TGS. I was barely fourteen years old and quite inexperienced when it came to almost anything and everything that had to do with being a traveller. Prior to this, I had been to a few places with family and friends; however, it was incomparable to what I was about to accomplish.

A week before my departure, I ripped my bags open and began to pack my life into a couple suitcases, tossing in my memories along with my necessities, I was very excited. Nonetheless, as the nights rolled into witnessed my excitement translate into increasing apprehension. After a short drive, I reached the airport. Anxiety surged my body and faded in seconds. My time with the family was half-finished and the check-in desk was about to close. At that moment, I realized that there was no turning back. I swallowed my tears, pride, and anxiety, and handed my passport to the service agent with a smile –a smile that created a veil in which I enveloped my fears and emotions.

For a brief moment, as I passed through the never-ending airport departure procedures, I reminisced about all the good things I left behind; thinking that if it weren’t for this lifetime opportunity, I may have been tempted to crawl underneath the security barriers and run back to my car.

Thirteen hours and forty minutes later, I landed in Buenos Aires. It was my first time in South America and my knowledge about the country was limited to soccer legends: Maradona and Messi. I was picked up by my new guardians and driven to the place I called home for the following four months.

With big smiles and open arms, I was welcomed into an exceptionally loving community. I don’t think I’ve ever hugged or been hugged by so many strangers in one day. Unexpectedly I familiarized myself with the TGS culture quite rapidly, and their traditions became mine.

Argentina witnessed my growth as a student, traveller, amateur photographer, and most importantly as a human. As I travelled around the country and across the water to Uruguay, I fell in love with the history and the vibrant art culture. Dance, poetry, soccer, cuisine and literature –each of these elements portrayed the uniqueness of the Argentinians. Towards the end of my stay in South America, I had developed a deep connection that I carried with me two weeks later as I made my way to Bhutan.

During my time at TGS, I had the chance to explore all six continents, adapting to the cultural quirks of each unique country, whilst also having the opportunity to interact with Argentina’s Guarani Indians, Tanzania’s Masai tribe, New Zealand’s Maori population, and Sweden’s Sami people. Academically, I saw my dream of project based learning and education beyond the pages of a textbook come true as I debated democracy at the Parthenon in Athens, studied biology in the Costa Rican rainforest, took part in the MUN at the United Nations Headquarters in New York, and took in the Northern Lights from a dog sled in the Arctic Circle.

As I walked through the stage during my graduation in Florence, Italy, I sensed a fire burning down my chest – a fire of excitement for the next generation of TGS students to carry on the traditions of a school that was only created six years ago. Graduation is the biggest event at THINK Global School. Thus, receiving my diploma from our founder Joann McPike was a bittersweet accomplishment, which represented four years of beautiful memories, experiences, hard work, as well as the beginning of a new chapter.

“Question deeply. Question not until you find the root, but until you pull it out of the ground and hold it in your hand.” – TGS Class of 2016.