New York - King Mohammed VI is convening an African summit of head of state during  the COP22 Conference scheduled to take place in Marrakech on November 7-18. 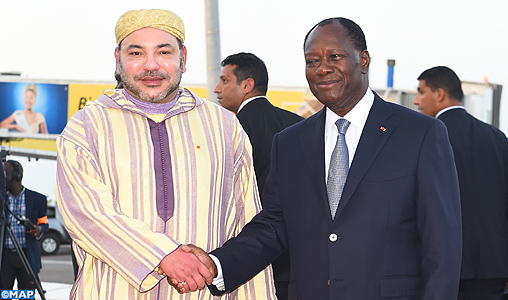 New York – King Mohammed VI is convening an African summit of head of state during  the COP22 Conference scheduled to take place in Marrakech on November 7-18.

King Mohammed VI is taking advantage of so many African heads of state being in the same place at the same time.

The Moroccan monarch has instructed his top diplomatic advisor, Taieb Fassi Fihri to organize a summit of African heads of state in the Marrakech Royal Palace while they are attending of the COP 22 climate change conference. The proposed summit would take place on November 16.

In keeping with the theme of the conference, the African heads of state are sure to discuss is water stress.  The Intergovernmental Panel on Climate Change (IPCC) says that the number of countries facing water stress is increasing and Africa has more than anywhere else.

One key factor in water stress is increased demand due to population growth.

“Based on current trends, in the next 35 years, 25 out of 100 people will be African,” according to a UNICEF report.

Another topic which should concern African heads of state is security.  Senegal, Gabon and Cote d’Ivoire have all seen an increase in terrorist activity over the past year. Senegal has tightened security through roadside checks in which hundred were arrested earlier this year.  And Cote d’Ivoire was victimized by a beachfront attack by Al-Qaeda militants in which 20 people were killed.  These incident have had a direct impact on tourism and hence the general economies of many West African nations.

King Muhammad VI, being a gracious host and leader, will certainly here the concerns of his colleagues and provide leadership for the benefit of all Africans.