Rbat - The Bulgarian parliament passed a law yesterday banning the full veil in public joining France and Belgium as the only European countries where such a provision is in force. 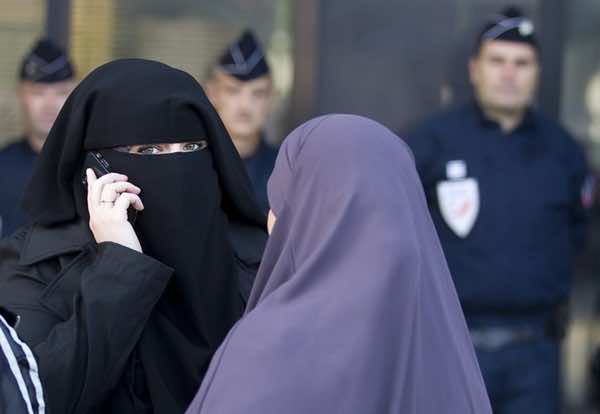 Rbat – The Bulgarian parliament passed a law yesterday banning the full veil in public joining France and Belgium as the only European countries where such a provision is in force.

Bulgarian lawmakers who voted for the ban say they seek to stop terrorism and the sudden rise of Salafism in the country.

The new law “prohibits the wearing in public places clothing partially or completely hiding the face,” unless it is imposed by health reasons or by the nature of the occupation. The mosques are exempt from the ban.

Other European nations such as Estonia, Germany, and Albania have pending legislation, which could ban both the burqa and niqab.  Even Bosnia, a liberal nation with large population of Muslims, prohibits lawyers, prosecutors and others employed in the court system from wearing any head covering at work. The ban is said to apply to all “religious symbols” of all religions.

The niqab appeared three years ago in the Roma neighborhood of Pazardzhik stronghold of a Salafist imam named Ahmed Moussa Soon the trend spread to other localities.

A group of bearded men in the yard of the mosque expressed anger after the raid to reporters.

“We don’t have anything to do with ISIS,” said one man quoted in an article in Politico.com.  “I know the as much as I know you.”

The city of Pazardzhik had anticipated the law banning the full veil in the municipality. Eight women have already been punished to date and four other cities have a similar regulation.

The NGO Amnesty International reacted strongly, saying that “this law is part of a disturbing trend of intolerance, xenophobia and racism in Bulgaria”.

“Women in Bulgaria should be free to dress as they see fit and wear the burka or the niqab as an expression of their identity and their faith,” said the Europe director John Dalhuisen Amnesty in a statement broadcast yesterday. 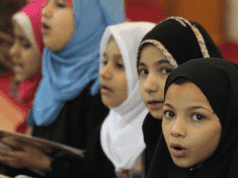