Rabat - A new investigation revealed that the Pentagon hired a British public relations firm to manage a classified propaganda program in Iraq that included the production of fake Al Qaeda videos. 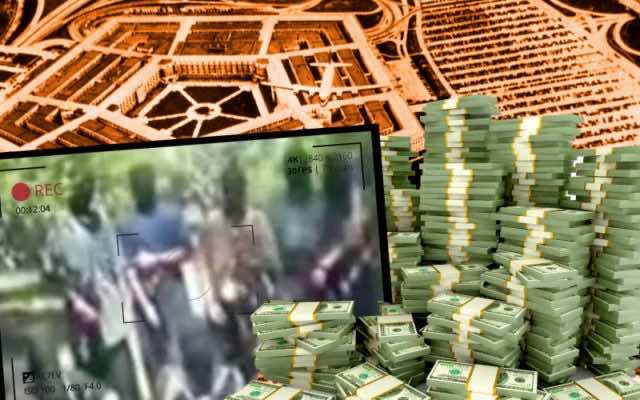 Rabat – A new investigation revealed that the Pentagon hired a British public relations firm to manage a classified propaganda program in Iraq that included the production of fake Al Qaeda videos.

The controversial UK public relations firm Bell Pottinger, which has offered its services to former British Prime Minister, Margaret Thatcher, the Asma al-Assad, the wife of Syrian president Bashar al-Assad, and numerous dictators throughout the world, was paid more than half a billion dollars by the United States Department of Defense to run the propaganda program in Iraq.

The investigation, a joint effort carried out by the Bureau of Investigative Journalism and the Sunday Times, revealed that the PR firm’s mission was to create segments of Arabic-style news reports, which were distributed as genuine reports made by Arab media companies. They also created fake Al Qaeda videos to track down people who watched them, according to the Daily Beast.

Soon after the 2003 invasion of Iraq, the London-based PR firm began working with the Pentagon. The investigation revealed $540 million worth of transactions between the two parties between mid-2007 and end of 2011.

Bell Pottinger collaborated directly with “high-ranking U.S. military officers in their Baghdad Camp Victory headquarters as the insurgency raged outside,” says the report, adding that the firm reported to the Pentagon, the Central Intelligence Agency, and the National Security Council.

Martin Wells, a former video editor at Bell Pottinger, revealed in an interview with The Bureau of Investigative Journalism that General David Petraeus, who headed the coalition forces in Iraq at the time, was the one who signed the outputs produced by the firm. Other times, the material was signed directly by the White House.

“The first was television commercials portraying Al Qaeda in a negative light. The second was news items, which were made to look as if they had been ‘created by Arabic TV,’” stated the report, quoting the PR firm contractor, who added that the films were distributed to TV stations in the region.

The third mission was to produce fake Al Qaeda propaganda films under very specific instructions. US Marines would then disperse these CDs as they raided civilians’ houses:

“If they’re raiding a house and they’re going to make a mess of it looking for stuff anyway, they’d just drop an odd CD there,” explains Martin Wells.

The CDs contained a code and required the use of an online media streaming software. Later, the PR firm’s team would receive the IP addresses of the people who played the films. The US forces then amassed this data, as it had huge intelligence benefits.