Rabat - The border between Morocco and Algeria should be reopened because it causes economic “pain” for many families in the eastern portion of the kingdom, according to Ilyas Al-Omari, the Secretary-General of the Authenticity and Modernity Party (PAM) - and Head of Government Abdelilah Benkirane’s main competitor in this week’s national elections. 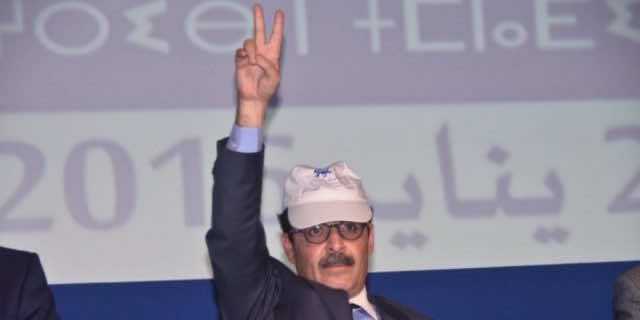 Rabat – The border between Morocco and Algeria should be reopened because it causes economic “pain” for many families in the eastern portion of the kingdom, according to Ilyas Al-Omari, the Secretary-General of the Authenticity and Modernity Party (PAM) – and Head of Government Abdelilah Benkirane’s main competitor in this week’s national elections.

Al-Omari made the suggestion – which, if implemented, would make free land travel between Algeria and Morocco possible for the first time since 1994 – in a speech to voters in the eastern city of Oujda on Saturday, according to Lakome2.

The party leader said the Moroccan East defends the country’s land and sea borders due to its geographic location and, thus, should be given special attention. Instead, the region “suffers from a different kind of neglect and marginalization.”

“The government needs to think about the patient citizens here for a second time, because of the marginalization and also because the closing of the borders caused many families to lose their source of income,” Al-Omari told a crowd in Oujda. “This is why the government must consider reopening the borders – because Moroccans and Algerians are one people.”

Algeria closed its borders with Morocco during the country’s 10-year civil war, when Rabat issued new visa regulations for Algerians after the kingdom accused Algerian intelligence forces and the insurgent Armed Islamic Group of Algeria (GIA) of conducting the Marrakech bombing on the Atlas Asni Hotel in 1994.

In 2004 – a couple of years after the end of Algeria’s “black decade” – King Mohammed VI removed the visa requirements for Algerians entering Morocco. Algerian President Abdelaziz Bouteflika returned the favor for Moroccans in 2006.

Still, the closed borders make land travel and trade difficult. In a report prepared for the U.S. Congress in 2000, Middle Eastern Affairs Specialist Carol Migdalovitz estimated that the closed borders cost Morocco nearly $2 billion in trade – though the figure may be lower now due to the devastating effect of two years of low oil prices on Algerian economy activity, as well as the kingdom’s evolving portfolio of trading partners.