Rabat - Moroccan-French comedian Gad El Maleh is planning to perform a show in Darija after his successful performances in French and English, since he started his career. 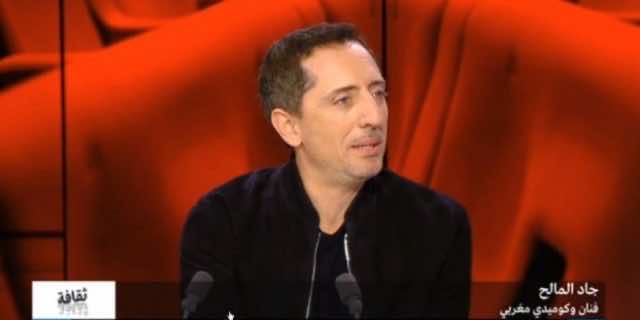 Rabat – Moroccan-French comedian Gad El Maleh is planning to perform a show in Darija after his successful performances in French and English, since he started his career.

In his first interview, speaking in Darija, El Maleh was a guest on the France24 Arabic program “Thaqafa” (or in English “Culture”). El Maleh talked about his successful performances in France, USA, and Canada, and the facility of Darija in making comedy work.

“Darija is a dynamic language which helps in the production of comedy,” Gad El Maleh said.

The Casablanca native said that the performance may be titled “Ouled Leblad,” (or in English “The Native.”)

El Maleh went on to add that he has had the passion for comedy since he was a child.

“When I was a little kid, laughter was for like a language for me – it is in our culture and family,” El Maleh said, “In class, I was always making jokes and making my classmates laugh..”

Earlier this year, El Maleh posted a video on YouTube speaking in Darija, in which he expressed his pride in being Moroccan, “Cazawi,” referring to the fact that he originally comes from Casablanca, Morocco’s economic capital.

Despite leaving Morocco at the age of 16, El Maleh is strongly attached to his native country, Morocco. In an interview with Europe1, the comedian said, “I have the impression that Morocco is my mother, France is my wife and New York is my mistress.”