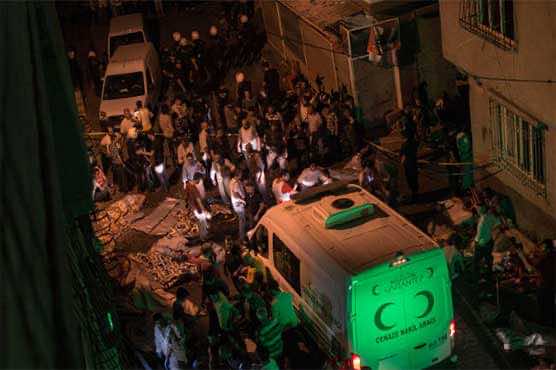 The bomber blew himself up late Monday in the village of Tall Tawil in Hasakeh province where a Kurdish party official was getting married.

About 100 people were wounded, according to the medical source in Hasakeh city.

The Islamic State (IS) jihadist group said in a statement that one of its fighters had fired on a “large gathering” of Kurdish fighters near Hasakeh city before blowing himself up.

The groom, Zaradesht Mustafa Fatimi, hails from a prominent family deeply involved in the autonomous administration run by Kurdish factions in Syria’s north.

According to an official from the autonomous administration, Fatimi works for a local Kurdish party.

Hasakeh city is almost entirely held by Kurdish forces but Syria’s regime still holds some districts. The city has often been targeted by IS jihadists.