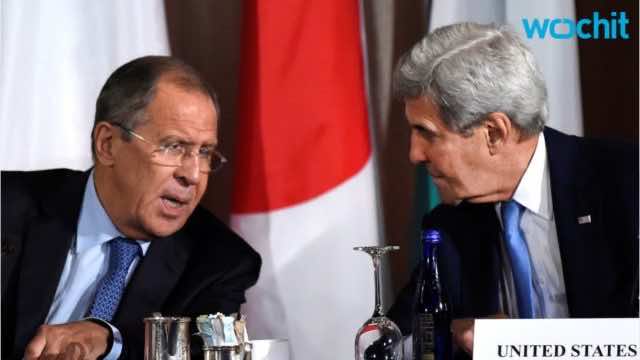 Rabat – In a diplomatic falling out with its Cold War foe, the U.S. on Monday announced the suspension of “bilateral” talks with Russia on bringing to an end the conflict in war-torn Syria, citing Russia’s lack of commitment to restoring the cease-fire.

“The United States is suspending its participation in bilateral channels with Russia that were established to sustain the cessation of hostilities,” U.S. State Department spokesman John Kirby said in a statement , confirming the cessation of talks. “This is not a decision that was taken lightly.”

The announcement came hours after Russian President Vladimir Putin signed a decree to abandon the largely symbolic agreement  with the U.S. on the disposal of weapons-grade plutonium. Putin justified the rejection of the deal, citing “unfriendly actions” toward Russia, also alleging that the U.S. created “a threat to strategic stability.”

The decree said the Kremlin would consider a resumption of the nuclear disposal agreement only if Washington agreed to several conditions. These include rescinding all sanctions and compensating Moscow for losses resulting from them. In addition, Moscow wants Washington to curb its military presence on the territories of NATO allies. These proposed actions are in stark contrast to well established U.S. policy.

The Russian Foreign Ministry expressed regret at the U.S.’s decision, but qualified that by accusing the U.S. of trying to shift responsibility for a failure to stop the violence in Syria onto Moscow, according to a Reuters report.

“We increasingly believe that Washington, seeking to bring about a power change in Damascus, is ready to make a deal with the devil, that is, to join forces with outright terrorists who want to turn the tide of history and who are enforcing their inhuman values in the occupied territories,” a statement released by the Russian Foreign Ministry said.

The suspension of the agreement, however, will not hinder communication channels between the U.S. and Russia established “to de-conflict counterterrorism operations in Syria .”

Ties between the U.S. and Russia soured significantly when Russia annexed Crimea from Ukraine in 2014 and gave support to pro-Russian separatists in eastern Ukraine after President Viktor Yanukovich was ousted. The U.S. led a campaign to institute economic sanctions on Russia for its role in the Ukraine crisis.

Meanwhile, Syria is reeling from repeated airstrikes  in Aleppo, as the Assad regime continues its fierce campaign to retake the capital. The systematic targeting of hospitals, markets and mosques has left Syrian civilians trapped and in need of food, water and medical treatment, according to humanitarian groups.

Should citizens have a right of rebellion against governments who do not protect their personal security?