Rabat - The number of Chinese Tourists to Morocco has tripled since May, a new reports shows. 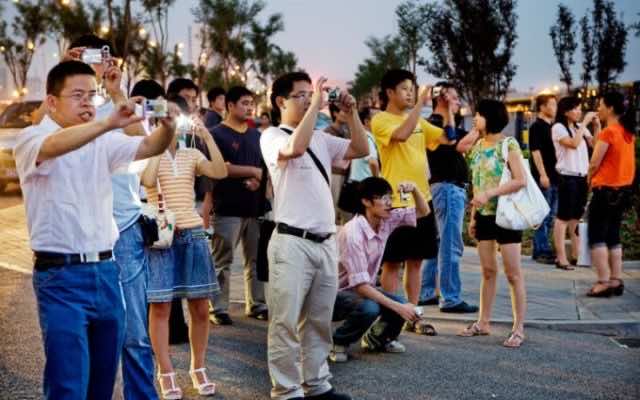 Rabat – The number of Chinese Tourists to Morocco has tripled since May, a new reports shows.

The Memorandum of Understanding signed last May, aimed to strengthen bilateral cooperation between Morocco and China, particularly in tourism.

Last May, Lahcen Haddad, Minister of Tourism, and Li Jing, the Chinese Director General of the National Tourism Administration, signed a Memorandum of Understanding to strengthen bilateral cooperation in tourism, investment and promotion and to promote the development of tourist flows, including knowledge exchange in the fields of management and training.

Among many things, the MoU has canceled the visa for Chinese tourists to visit Morocco. This has, therefore, increased the interest of the Chinese tourist market in the kingdom by 300 percent, as reported by China Tourism Academy.

This rise in interest is the highest in the world in comparison with other touristic destinations that stand at 60 percent increase at best. This is mainly due to the competitiveness of Morocco in regards to travel cost.

According to Hespress, the report states that Morocco has become one of the ‘warm’ destinations for Chinese tourists, as the temperature drops in other destinations.

A map posted by the same Academy shows that Chinese tourists are more drawn to Morocco than any other African country, while South Africa is the second most attractive African country.

Earlier this year, during a seminar was co-organized by the Ministry of Tourism, the Moroccan National Tourism Office (ONMT), the National Tourism Confederation, and the Tourism Observatory, where Morocco’s Minister of Tourism uncovered Morocco’s plan to attract 100,000 Chinese tourists by 2020:

“The Ministry of Tourism offers an important position to the Chinese market in its vision for the future, which expects to attract 100,000 Chinese tourists by 2020,” said Haddad.

China has significant potential as an emerging market for tourists. The country had 98.2 million tourists in 2013 and generated $102 billion in tourism spending in 2012, making it the top country for tourism spending.