Rabat - Field studies show that the most important barrier between citizens and politicians in Morocco (and other countries) is linked to the problem of trust, specifically a lack of confidence in political parties, candidates, electoral programs, and the political process as a whole, that people describe as vain and useless. 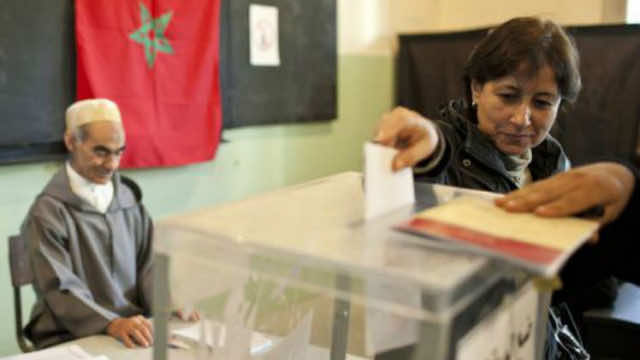 By
Moha Ennaji
-
Moha Ennaji is an author and international consultant.
Oct 6, 2016
Spread the love

Rabat – Field studies show that the most important barrier between citizens and politicians in Morocco (and other countries) is linked to the problem of trust, specifically a lack of confidence in political parties, candidates, electoral programs, and the political process as a whole, that people describe as vain and useless.

The results of field research also reveal that the root causes of absenteeism and political disinclination is the lack of confidence in political institutions and the weakness of the political performance of the parliament and government.

Among the merits of democracy is that people can change the status quo if they vote. Certainly, change happens slowly, and candidates are not always perfect. But voters can shape the future of their country.

At present, many voters feel disappointed in political terms. Believing that the rich and powerful are pulling the strings, while ordinary citizens feel they have no impact on the election results and that it is better not to vote.

Nevertheless, there is a way for citizens to address inequalities and to make changes: by voting.

The citizen who stays at home on Election day, rather than go out to vote for the candidate he or she prefers, is just someone who reinforces the status quo and provides the opportunity to the wrong candidate to be elected. If citizens want to influence the future of their country, they should do their national duty by voting for the most appropriate or the least harmful candidate.

In fact, the protest vote or punishment (absenteeism or blank ballot) would also result in a negative outcome well beyond the values of the voter, instead of voting for a candidate who has largely a similar vision .

Arguably the vote requires some effort and motivation in order to convince those who are politically unaware or do not care about politics. But this argument applies only to a part of those who do not vote. Several other people, including executives and educated elites, follow the news and are interested in national and international politics, but stay home on Election day, believing that their voices do not count. But the truth is that their votes determine the outcome of elections.

It is the duty of political parties, associations and intellectuals to make double efforts to raise awareness among people, to exercise their fundamental political rights, and broaden the public debate in the country as part of the organization of  the legislative elections.

To renew the elites and modernize state institutions and political life, mass participation in elections is a citizen’s duty.

Talking about current parliamentary elections in Morocco, it is the duty of everyone to confront the emotional speeches of populist candidates, where they corrode populist slogans and sentimental phrases, just to attract the masses and win their votes. But they do not really provide working programs or realistic plans to improve people’s lives and build a better future.

We know that authoritarian Arab regimes have made their alleged heroism by manipulating the feelings and emotions of the masses and by using fear to reach out to people and win their support. But history has shown that in fact they exploited the ideals of the people to the lure of economic and political gain.

In addition, current populists give simplistic answers without reasonable arguments or evidence. They blame the “other” for their political and economic setbacks and failures.

Through threats, intimidation and demagogy, populist politicians think backward, as if superstition and obscurantism were a better solution for everyone.

By critically, citizens must face the populists, by going to the polls to stand in their way and prevent them from accessing positions of responsibility and decision making.

However, one should also address the causes and way out of economic marginalization, which means job creation for young people and improvement of public services for the disadvantaged, investment in education, technology, improving public health and increasing wages.

While voting is a moral duty, absenteeism is not productive. The fact remains that democracy is not a political system that is obvious or to be taken for granted. To exist and develop, it requires the personal commitment of every citizen.

To get the benefit of the community, the citizen must participate, according to his or her means, and  struggle for its prosperity.

It is a principle of solidarity which allows everyone to enjoy the common services. A democracy can’t survive and thrive if everyone takes its share of responsibility.

Participation in elections is necessary because democratic institutions depend on influential politicians and integrity with advanced skills. These representatives of the people come from the ballot box, with the participation of voters, according to their aspirations and their hopes and according to their level of education and their political orientation.

Similarly, candidates must adopt a spirit of rugged fight, sharing their programs and highlighting their confidence in the future of the country.

It is also essential that the elections are transparent and free, devoid of using dirty money, and far from any administrative intervention, in order to strengthen the foundations of democracy and the rule of law.

This attitude would be a significant step to strengthen state institutions on a sound modern popular base so as to consolidate the democratic process.

Such coveted political and social development, which is demanded by all national parties, could prop up the establishment of political democracy and social justice.