Rabat- Head of Government Abdelilah Benkirane said in an interview on Wednesday that King Mohammed VI keeps a distance from decisions related to Morocco's domestic policy. 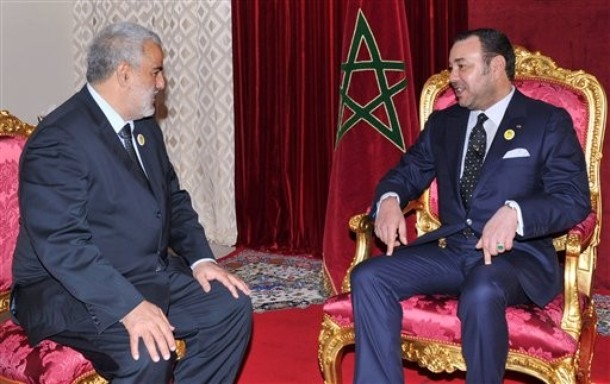 Rabat- Head of Government Abdelilah Benkirane said in an interview on Wednesday that King Mohammed VI keeps a distance from decisions related to Morocco’s domestic policy.

In an interview published on Wednesday, Benkirane said he was “naïve” to believe that the government and King Mohammad VI’s councilors should be in constant communication because both groups work on behalf of the king.

Benkirane, who is seeking a second term in the October 7th elections, clarified the terms of the relationship between the royal palace and the office of the Head of Government to a reporter from Alyaoum24.

“In my naivate, I believed that we all worked on behalf of the King and we should always be in communication, but I got a surprise from His Majesty,” Benkirane said.

The comments suggest King Mohammed VI and his representatives keep a distance from domestic politics, contrary to the beliefs of many Moroccan political dissenters, who believe the government to be the king’s puppet.

“I do not contact any of [the king’s councilors] unless the king asks me to do so and I believe this happens on their end,” the Justice and Development Party’s (PJD) lead politician added.

Later in the interview, Benkirane admitted that the king preselects ministerial positions in some cases.

“There are some positions, before somebody is chosen for them, you get a candidate from His Majesty, but there are others whom I have chosen, like [General Secretary} Driss Dahak and [Minister Delegate for National Defense] Abdellatif Wadi’i,” he said. “Sometimes, you get a qualified candidate that the King wants and you say to him, ‘Yes, you’re right!’”